We have created this GoFundMe to raise funds to teach Applied Behavior Analysis (ABA) skills to children with autism and other intellectual disabilities living in Liberia. Any donation you are able to give, bog or small, will go a long way in improving the lives of these children and their families, and the Liberian community as a whole.

I must admit that I did not know anything about autism until 2014 when, on a visit to South Africa, a friend told me that her son has autism spectrum disorder (ASD). I quickly googled the term. Thereafter, I felt a lot of sympathy for my friend, but I was also eager to do my best to support her and the autistic children in my country, Liberia.

By coincidence, during my studies in the United States, my programme offered a course on Autism Spectrum Disorder (ASD), which I happily took to further enrich my knowledge about the disorder.   When I returned to Liberia in 2018, it became clear to me that most people were ignorant about ASD. Many associate the disorder with witchcraft, curses or spells, and demons. In many instances, autistic children and their families are social outcasts in their own communities. There is no data on the number of autistic children in Liberia, but my experience so far suggests there could be thousands.

My first intervention was to design and implement a radio programme to raise awareness of autism. I named the radio programme Autism Conversation with Parents. I got Capitol FM and ELBC in Monrovia to air the show at least once a week. With parents of autistic children as guests in the studio, I used the programme to educate others on how to manage autistic children as well as on some of the early signs of the disorder, including limited eye contact, delayed speech, attention to objects rather than people, repetitive behaviors, becoming upset when routines change, delays in motor development and over-or under-sensitivity to noise. We also debunked misconceptions about autism and explained its actual causes. The radio broadcasts gained the interest of families with autistic children, and many called in to describe their children’s conditions and to ask for support.

Most callers had not heard of autism before, and they were relieved to learn that the disorder has nothing to do with witchcraft or being cursed. My next intervention was to meet families with autistic children. I met 25 such families around the country in my first two months, during which I personally observed the children with ASD. The meetings with these families were some of the most heart-wrenching experiences I have had in my life. Some parents told me they had been insulted and kept at arm’s length by other families, that their children were constantly mocked and not allowed to play with other children, that they had suffered the pain of managing an autistic child in a society with strong cultural beliefs about the disorder. My next intervention was to open Liberia’s first autism classroom with the help of my sister, Regina Fallah-Hausman, who is a special needs teacher in New York.

Regina traveled to Liberia to assist in conceptualizing the project and to design its curriculum. Abundant Grace, a daycare and primary school in Paynesville, Monrovia, volunteered a classroom. The vice president of Liberia, Jewel Howard Taylor, generously assisted with furniture. With the basics in place, Ms. Taylor launched Liberia’s first school for autistic and special needs children on 20 October 2018.

Despite a challenging cultural environment, I am happy about what I am doing. Hopefully, we will be able to change public perceptions about the disorder and encourage the government and non-governmental organizations to support our effort so that intervention becomes possible nationwide. For me, giving hope to families and joy to autistic children is a fulfilling undertaking.

Straight From the Heart, International Inc.

Posted by Straight From the Heart International Inc

More About Us
Thank you for supporting our campaign! 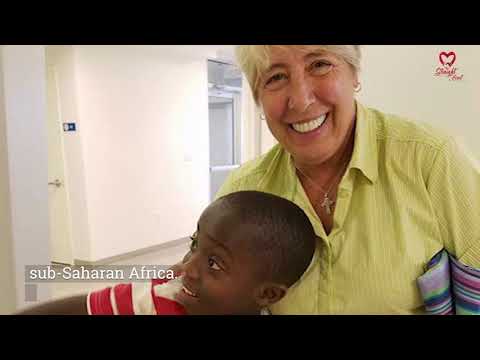