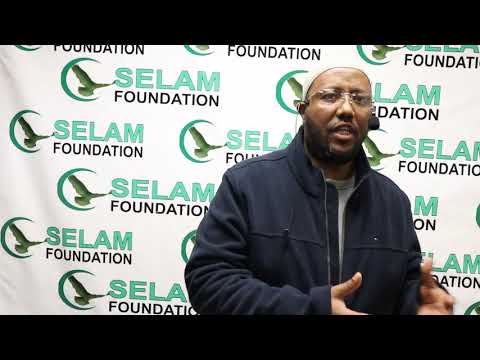 Lets Build Our Masjid Together!

Raised by 86 people in 3 months

WHO DESERVES TO BE ALLAH’S NEIGHBOR?

SELAM Foundation have been working from a rental location in Alexandria Virginia for several years. We are now raising money to build our masjid. Through the dedication of our volunteers and teachers the organization taught several hundred kids memorizing and reading Quran. In addition, we have been teaching through Da'wa and other Islamic Studies in Alexandria Virginal. We also engaged in several charitable activities to alleviate and help People in Need in USA and Africa,

🛑NOW we need your help to get us out of a rental property and establish our Medresah and Mosque.

Do you know how great of honor and reward it is for the one who BUILDS AND MAINTAINS a Masjid?

[Collected by Al-Harith ibn Abi Usamah in his Musnad (1/16), and authenticated by Sh. Al-Albani in his As-Silsilah as-Sahihah (2728)]

If you become a monthly donor your donation will go to our ongoing Dawah, building this Masjid and maintaining it! You’ll in sha Allah be creating the maximum impact and getting the maximum reward.

🛑 You  can  help  one  of  the  Islamic centers affected  by  COVD-19🛑 We’re a  community working  to establish a  Masjid & Dawah Center. This Masjid 🕌is  Insha'Allah becoming  where our youngsters can renew their ❤️ for Islam.

This Islamic Center is:

💡A place that produces engaging Dawah content to inspire young Muslims to come closer to Allah.

💡A place where we are hosting Islamic lectures for youth programs, Quran classes, Islamic education, and so much more to spread information about Islam in the country of USA.

👉 Would YOU like to take a small part in this amazing project?

𝐖𝐞 𝐧𝐞𝐞𝐝 𝐬𝐮𝐩𝐩𝐨𝐫𝐭𝐞𝐫𝐬 𝐰𝐡𝐨 𝐜𝐚𝐧 𝐠𝐢𝐯𝐞 𝐚 𝐬𝐦𝐚𝐥𝐥 𝐦𝐨𝐧𝐭𝐡𝐥𝐲 𝐒𝐚𝐝𝐚𝐪𝐚𝐡 𝐭𝐨 𝐡𝐞𝐥𝐩 𝐭𝐡𝐢𝐬 𝐩𝐫𝐨𝐣𝐞𝐜𝐭. If you give just 20 dollars per month to help  maintain our Dawah programs, you will have a share in the reward for every good deed that is done there for as long as it exists! You will in sha Allah get reward for:

🕋 Many of Muslims praying their Salah!

📖 The Quran being memorized and read by hundreds of people!

➡️ All the Dawah we do there, and much, much more!

Never be afraid of giving Sadaqah for the sake of Allah! The Prophet ﷺ said:

All this reward could be on your scale ⚖️ for a small donation in sha Allah!

✅ Every letter of Arabic recited from the Quran!

✅ Every person we help come to Islam!

➡️ Get your share of these rewards NOW! ➡️

We ask Allah to protect you and your family from every harm, and to rid you of all hardships, and to give you the highest rank in Jannah where you accompany the Messenger of Allah (peace be upon him). Ameen!

Raised by 86 people in 3 months