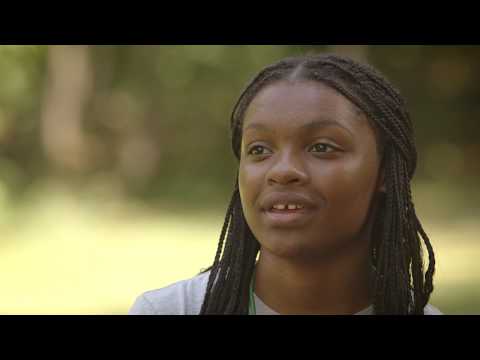 Please sponsor me as I dance, dance, dance to send children in foster care to camp this summer!! It's a life changing experience for them and I need your help to give this opportunity to more deserving foster youth.

The Kara & Cari Fund, is supporting the "Felix Organization, for the “Dance This Way" fundraiser that sends Foster kids to camp. Kara (Nikara) and (Nicara), are two of my youngest siblings (out of nine) who are autistic and have been subjected into Foster care earlier this year. Therefore, I am honoring this fund in their name. Also, camp has changed my life significantly! I went to overnight camp from the ages 5 years old, all the way up until I was 17 years old. I also went as far as a junior counselor! and thanks to "Catholic Charities," who paid for my cousin, kids in my community, and I to go to camp (Camp Wing, Camp Mitton, C5 New England, and Sunset Point). I grew with a troubled childhood, living house to house, being in the system of DCF (Department of Children & Families, also known as DSS; "the Dept. of Social Services); Going through those adversities young, allowed camp to ground me, and saved me! When my elementary years gained stability, living with my aunt, she put my cousin, and I into camp throughout the entire summer! We were never bored in the summer, and to be honest, I even got kicked out of camp for my behavior. However, I was sent to "Camp Mitton;" of the same organization of Camp Wing (Crossroads 4Kids). Camp Mitton, is where I still got into some trouble, but my counselors understood me, and the camp director at that time Lisa (whom I am still in contact with, and love to death) never gave up on me, always supported me, and until this day! Lisa, and the Mitton staff treated me with respect, and always showed me the right way of things. Because of my good behavior throughout the years at Camp Mitton, I was granted the opportunity to attend Camp Wing (the camp I was kicked out of) again, for my last year (due to aging out). That final year, I was presented with the Charles Copney Award. An award that hold so much value to my heart, and is one of my greatest awards. One being because I didn't expect it, or any special awards. The significance in this award is that, it is given to a Camper who has had a rough beginning, but managed to turn their behavior around, exemplify Camp Wing's core values, and demonstrate leadership and growth. The award goes deeper than explained, however, this is all to say, it is one of the greatest awards you can achieve at Camp Wing (at least in my opinion). And after that, I went to C4K's leadership camp, C5 New England. Where I graduated from the camp in 2013, the same year I graduated high school (you graduate the camp, when you graduate high school). Lastly, I can go on for days about how much camp mean to me, how much it has done for me morally, and grown me as a person; however, the point is camp showed me how to be a kid, how to be an adult. And if I ever feel like I don’t have anybody, I have my camp family. Reasons why, I am fundraising for children to go to Camp Felix; because every child deserves a chance!

THE FELIX ORGANIZATION - ADOPTEES FOR CHILDREN