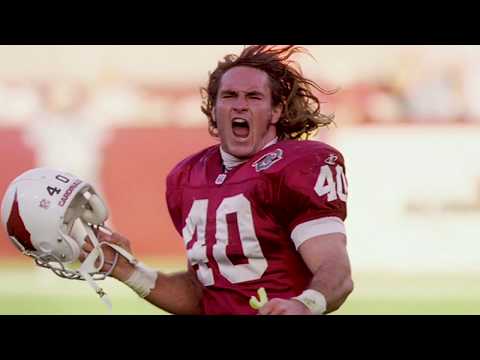 Raised by 18 people in 2 years

On October 28, 2018 I will be running my first marathon, the Marine Corps Marathon in Washington, D.C. I am running and raising money on behalf of the Pat Tillman Foundation. As a recently named Tillman Scholar, I can personally attest to the positive impact of this foundation accross our country and the world.

Running a marathon is hard, but nothing compared to the scarifice of brave service members like Pat Tillman who voluntarily serve in the military despite the numerous conflicts around the world. Motivated by this selfless service I will do whatever it takes to proudly finish the 26.2 miles. But more importantly, I hope to give back to the organization that supports me, and many other veterans and military spouses. Please read the full story about Pat Tillman, and the Pat Tillman Foundation below and consider donating to this amazing organization.

In 2002, Pat Tillman proudly put his NFL career with the Arizona Cardinals on hold to serve his country. Family and friends established the Pat Tillman Foundation following Pat's death in April 2004 while serving with the 75th Ranger Regiment in Afghanistan. Created to honor Pat's legacy of leadership and service, the Pat Tillman Foundation invests in military veterans and their spouses through academic scholarships–building a diverse community of leaders committed to service to others.

Founded in 2008, the Tillman Scholars program supports our nation's active-duty service members, veterans and military spouses by investing in their higher education. The scholarship program covers direct study-related expenses, including tuition and fees, books and living expenses, for scholars who are pursuing undergraduate, graduate or post-graduate degrees as a full-time student at a public or private, U.S.-based accredited institution. The selection process for the Tillman Scholars program is highly competitive with up to 60 Tillman Scholars chosen annually. To date, the Pat Tillman Foundation has invested nearly $12 million in academic support and named over 400 Tillman Scholars at 108 academic institutions nationwide. For more information on the Pat Tillman Foundation and the impact of the Tillman Scholars, visit www.PatTillmanFoundation.org.

Raised by 18 people in 2 years