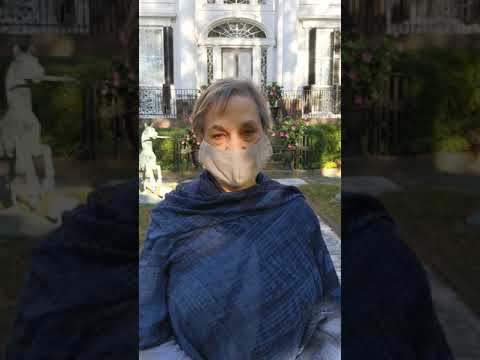 Raised by 8 people in 2 months

I have been exploring Bristol, RI for HistoryThon, Primary Source's walkathon to support education about African American history.

Walk 1: Lauren, Jamie, Jade, and I walked over to the DeWolf Tavern, a restaurant housed in a building erected in 1818 as a rum distillery and warehouse built by James and William DeWolf. The brothers made a fortune in the triangle trade--rum made in Bristol was shipped to Africa where it was traded for human beings. These enslaved people were brought to Cuba to work on the sugar cane plantations; the sugar cane was shipped to Bristol to produce rum.   Some of the stones at the base of the building are West African granite used for ballast on the trading ships. We proceeded to Linden Place, the mansion on Hope Street built by George DeWolf, (nephew of James) who commissioned the construction of Linden Place in 1810. In the 1980s, it became a house museum documenting the rise and fall of the DeWolf family's fortunes.

Walk 2: Grant, Ducky, and I set out on a walk to discover more about Bristol's African American heritage. The map shows our path, which is a little under two miles.  The area we wanted to explore is a neighborhood once called  New Goree (Goree is a small island in the harbor adjacent to Dakar in Senegal), where freed African Americans lived starting from 1789. Many of the structures of note are houses owned privately today.

We started by walking over to the ally between the DeWolf Tavern and a building that once might have been a warehouse. We viewed the half door, which is now locked but once was the entrance to a cellar where enslaved people were lodged when they got off the ships. This ally had been a waterway.  We proceeded to view a number of houses the had been the residences of notable African Americans in town. The structure with the small peak in the middle of the roofline is the Marie Hazard House. She was a woman of color who built the house on land she had received in trade from the National Rubber Company. It gave her three lots (this is one of them) in exchange for the land she owned across the street. We also walked by the African Church at 471 Wood Street. It is a plain shingle building and now houses a sports club. It served as both a church and a school for African American children, the latter until 1864 when segregated schools were outlawed by Rhode Island.

Why am I fundraising for HistoryThon?

I am fundraising to support Primary Source and teachers whose students are demanding explanations about societal inequities laid bare by the pandemic and graphic instances of brutality against African Americans.

Thank you for reading my story and considering helping me fundraise for HistoryThon!

*GoFundMe is a free platform for charities to use for fundraising. Funds will go to Primary Source.

Raised by 8 people in 2 months