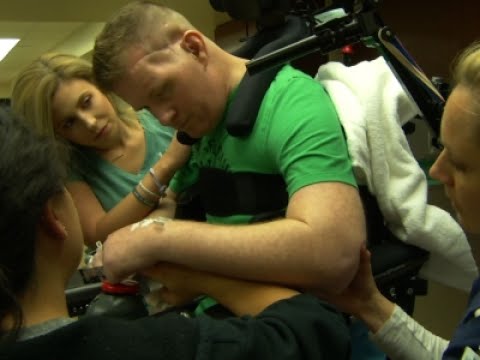 Team BlueLine is a 501C3 non profit that raises money for families of officers killed or those severely injured in the line of duty. How many times have you seen on tv or read in the paper about a police officer being injured or killed in the line of duty? Have you ever asked yourself how you can help?  After the funeral and the officer is laid to rest, the family is left with a shattered world to rebuild. For the officer that was severely injured, the medical and other bills start to build up.  We here at Team BlueLine want to help with the rebuilding of lives and the giving of financial provisions to help during the process.

Each year Team BlueLine Racing looks to support and fund raise for these officers or the families that where left behind.

Team BlueLine Racing will be fundraising for the following families of fallen officers and officers severely injured in the line of duty during the 2018 season:

Detective Kristen Hearne was shot and killed as she and another officer responded to a possible stolen vehicle call. A male subject ambushed her and the other officer. During the shooting, Detective Hearne was fatally wounded. She leaves behind her husband, Matt, and son, Isaac.

Lieutenant Aaron Crook was killed in a vehicle crash while involved in vehicle pursuit of a suspected drunk driver. During the crash, he suffered fatal injuries. Lieutenant Crook was a Marine Corps veteran and leaves behind his wife Whitney, and two children, Bryceson and Paisley.

Officer Chase Maddox was shot and killed while assisting two deputies with the Henry County Sheriff’s Office serve a warrant. Upon arrival, the subject opened fire on all three officers, killing Officer Maddox and wounding the two deputies. Officer Maddox leaves behind his wife, Alex, and two sons. His second son was born two days after the shooting.

Deputy Sheriff Ralph Sidwell “Sid” Callaway was shot during a confrontation while attempting to serve a warrant. This was the same incident that Officer Chase Maddox was shot and killed while backing up Deputy Sheriff Callaway. He was shot in the stomach area and the bullet lodged in his hip.

While responding to a shots fired call, Officer Macri was in a vehicle crash due to a vehicle turning in front of him. Officer Macri suffered a traumatic brain injury, broken vertebrae, and other serious injuries as a result of the accident. Officer Macri has been recovering, but unable to return to full time duty.

Team BlueLine- “We race for those who can't”