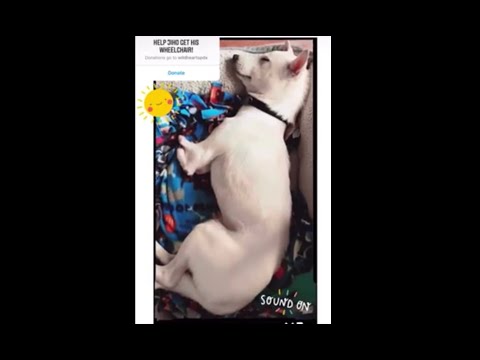 Our sweet Jiho sadly needs yet another surgery. We've done everything we can to keep the remainder of his legs in great condition during the recovery process, but his body is not adapting as we had hoped. In March, just two weeks after his initial surgery his right humerus burst through his incision site requiring an emergency vet visit and a revision surgery a few days later. This put a huge damper on his recovery process and drained our funding for his medical care.

Over the last few weeks Jiho's fosters noticed a pressure sore starting on his left nubby. It has been growing worse daily and the bone is about to protrude through the incision site just like his right nubby did a few months ago. Jiho is unable to put pressure on his nubs and use them as we originally hoped. He is also growing more wary and fearful of humans handling him. It has been very difficult to watch him struggle throughout this process.

Next week on June 2nd, we have Jiho scheduled for what we hope will be his final surgery. This surgery (costing ~$4477) will be to remove both legs completely, giving him a clean slate and less chances of complications as he ages. We are so grateful for his patient and doting foster family, our vet team, and your support.

We've updated our GoFundMe goal to reflect the estimate from the surgeon. Please give what you can so we can provide Jiho with the life he deserves!

We finally have Jiho scheduled for a mid-humeral amputation of both front legs and need your help to fund his surgery. Our estimate from the specialist is $9,300 for the surgery and that doesn't include the possibility of CPR + anything that may come up post surgery. Please help us give Jiho the life he deserves by sharing or donating if you're in a position to contribute.

Jiho has been cared for at a wonderful foster home here in Portland, Oregon since October of 2020. He's made huge strides with his mobility thanks to his patient foster family and a Helper Harness to teach him how to walk without his front nubbies. Now that Jiho's finally a year old (and more or less full grown) we've decided to move forward with surgery to improve his quality of life. Also, his front wheel cart will be ordered now that he's full grown. Jiho's congenital forelimb deformities pose significant challenges for him. They are tender to the touch, the skin and tissue around them crack and bleed daily. He puts on a brave face but he's ready for change!

Nearly one year ago outside of Asan, South Korea a security guard at a commercial building discovered Jiho’s mother in the woods with a litter of new puppies. The puppies were rescued and found homes, but Jiho and his mother were left behind due to Jiho's congenital deformities.

Jiho’s mother did her best to take care of her remaining pup, spending her days searching for food scraps to bring back for Jiho to eat after he was no longer nursing. One day she never returned and Jiho was left to fend for himself. After a week all alone, he made his way down to the commercial building to search for his mother. He was emaciated and starving.

Thankfully the security guard called the city shelter and Jiho was picked up. Sadly, because of his leg deformity, the city pound only gave Jiho 10 days to be claimed before they would euthanize him. Our partner rescue, Band For Animal, pulled Jiho from the city shelter after we offered to take him in. The rescue team searched tirelessly to find his mother, but she was never found. Jiho spent the next few months in various foster homes in South Korea before traveling to Portland, Oregon.

See earlier videos of Jiho here from his rescue in South Korea. Thank you for your support! If you're not in a position to donate, please share our campaign!