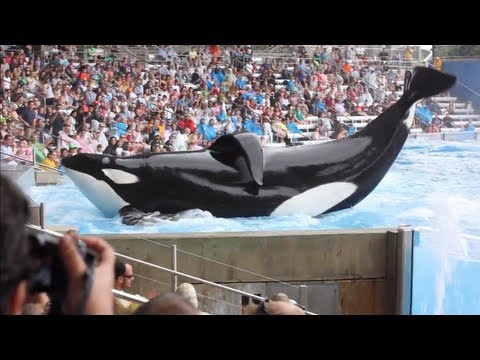 From early childhood, I was deeply fascinated in dolphins and whales, as Free Willy and Flipper were a few of my favorite movies. It opened my eyes at a young age to the dark side of human actions and captivity and how both negatively affected cetaceans all over the world. I refused to go to SeaWorld on our family trips to Florida each year when I was younger and I tried my best to avoid dolphin shows or any other form of exploitation at local zoos and aquariums throughout my life. It always saddened me to see such beautiful creatures penned up in small and lifeless tanks.

I recently moved to Washington State from the Midwest and instantly fell in love with our local orcas, the famous Southern Residents of the Salish Sea. I spend most of my days actively researching this unique ecotype of whales and doing my best to spread awareness of their plight and the hardships they face with their food source being depleted due to the Four Lower Snake Dams not being breached and harmful Navy testing possibly coming to this area.

My research into the Southern Residents eventually lead me into learning about Tokitae (or Lolita) the killer whale that has been held in captivity for 50 years at the Miami Seaquarium. She is the sole survivor of the capture era from the 60's and 70's; the last living Southern Resident that was brutally captured from the Puget Sound in 1970. The fight to bring her back home to Washington has been something that I have been heavily involved in, as her will to survive this long in captivity and the passion of the people trying to get her home has been nothing short of inspiring. Knowing her story and watching documentaries such as Blackfish, The Cove, and Long Gone Wild have given me the tools and knowledge to pass along to others to warn them of what purchasing a ticket to a dolphin show or a swim with dolphin program actually supports. As painful as it is to know what happens to these beautiful and sentient creatures, it is also important to be aware.

With the Taiji dolphin slaughters starting in less than a month and the ongoing capture of dolphins and whales for marine parks happening constantly around the world, I feel right now is the perfect time to spread the word in the best way that I can to the most people that I can. The successes of the Bali Dolphin Sanctuary and the tireless work and effort of everyone involved behind the scenes should be a huge example that seaside sanctuaries for rehabilitation and and/or release back into the wild are a very real possibility. All cetaceans, both wild caught and captive bred have the opportunity to live a beautiful, healthy and fulfilling life outside of a concrete tank.

In honor of the Dolphin Project and everything that Ric O’Barry has done and the beautiful dolphin sanctuary he has created, I will be raising money by hiking Porpoise Point Trail on Whidbey Island. Not only is it a common waterway passage for our Southern Resident orcas in the fall, but it is a great spot to view harbor and Dall’s porpoises in the wild just beyond the cliffs and kelp beds. My dream is to eventually see Lolita brought back out to her family and native waters in Washington State, that the Southern Residents will recover from their horrific population decline, that marine parks all over the world will eventually close down and that dolphin drives and slaughters will no longer be a necessity for the marine park entertainment industry.

Your donations to this charity will:

--> help raise awareness of the dangers of cetacean captivity

Thank you all in advance for your support.

We must never stop fighting to protect what we love.