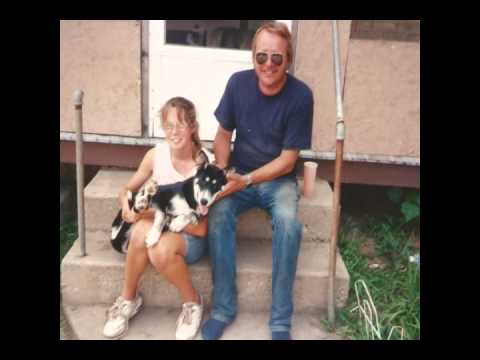 Almost 21 years ago my father, Jerry Kelley, lost his short battle with cancer. I say this every year, but I actually can’t believe I just typed “21 years.” Sometimes it seems like yesterday, and other times feels like an eternity since I have seen my dad’s face or heard his voice. I miss him every day and wish he were here to talk to. So many things have happened over the years and I wish he had been here to see it for himself and give advice. Recently I reconnected with a relative that I have not met very many times. She was telling me about memories she had of my dad and I almost cried because I feel that I am just like him. She was saying that he would always be dancing and laughing, joking around and had himself surrounded by friends. I have a lot of fond memories of him and all the fun things we would do together.

15 years ago I decided I needed to do something positive to help other people who are going through similar experiences and have their own disheartening stories.  I have helped raise almost $35,000 for an organization called “Tomorrow’s Hope.”  I have a team in honor of my dad called, “Jerry’s Journeyers,” and the Jefferson Veterinary Clinic has been generous enough to help sponsor part of the team every year. The last several years I have reached out to many of you in hopes that I could reach my goals of raising money in his memory. I can’t stress how grateful I have been for the extreme generosity that everyone has shown to me and my family in support for this event.

For anyone who may not know, Tomorrow’s Hope is an organization that has been around for 21 years and has granted more than $4.2 million to our local health care community. The reason that I chose Tomorrow’s Hope is because the money from the organization stays mostly local instead of national and most of the money goes directly to the recipients with very little going to administration like so many other fundraisers. Each recipient of the money sends quarterly reports back to the organization that document exactly how the funds are being used. You also have the option to choose which organization you want to contribute to if desired.  Some examples of the recipients for this event are:

o Children’s hospitals of both Madison and Milwaukee

Total amount of money raised from our team over the last 15 years:

This year’s Hope-Fest event is being held on July 20th 2019 at Rotary Park in Jefferson.

If you would like to make a tax-deductible donation you may do either one of these:

Ø Send a check made out to “Tomorrow’s Hope” (know that it may not be cashed until the event). My address is: W4114 US Hwy 18, Jefferson, WI 53549. Please make sure the check arrives prior to the event or it won’t be able to count towards our team total. I would also be more than happy to pick up your donation.

Ø Log on to https://www.crowdrise.com/o/en/campaign/jerrys-journeyers and make your donation online with your debit or credit card.

Thank you so much for your consideration!