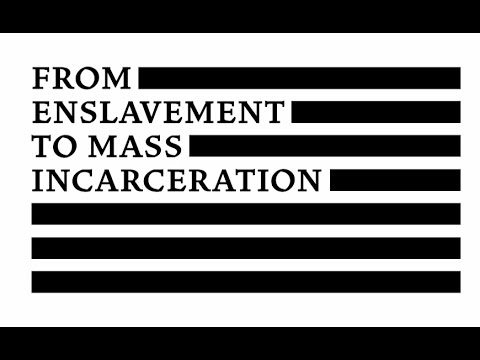 "In December of 2019, while visiting family in Alabama and Tennessee over Christmas, Dave and I visited The Legacy Museum: From Enslavement to Incarceration, in Montgomery.

I am an avid life long learner and make it a point to visit educational sites on every single trip I make.  For me,  part of the process of being vulnerable with Dave was being able to learn something together.  To feel things about what we learn, and to discuss these things so we can get to know each other.

We were both moved by the message and realized how little we knew about Black American history.  We realized that day how important the cause of equality and justice was for America.

In the last 6 months, we have grown closer and closer as a couple in our education and activism.  I knew that Dave was a kind and empathic soul from the start, but having an opportunity to be a part of REAL change as a unit meant more to me than I could ever express.

We want to ensure that, even through a pandemic, this museum can stay open and continue to educate Americans so that we can be actively anti-racist.  We love what this project has provided to the public and we want to see its success.

Please consider donating to this registry so we can help this museum thrive."

Where to start?  Wow.  I don't even know... maybe with actor, comedian and podcaster, Marc Maron?  I think I saw an interview with him on some kind of late night talk show, or maybe it was a podcast plugging his Netflix show (GLOW); but I remember him specifically mentioning going to a museum in Montgomery (which is one town over from my own hometown of Prattville, Alabama, where my parents still live and where I return to, sometimes for Christmas, to this day) and him being moved to tears while visiting this museum.  Well, this stuck with me for some time after.

It's not often that you see or hear about Alabama, much less Montgomery (right next to where you grew up), outside of Alabama; and I hadn't lived there regularly since leaving to serve in the military in 2003.  So, between that and moving someone, who is usually known for comedy, to tears, that piqued my curiosity.  It was at that point that I decided to start asking a few friends from home about this museum and the ones that got back to me about it expressed that they had been VERY moved by the experience.  Enter 2019's round-the-world trip home.

Christmas 2018 saw Jaime and I on the tightest of schedules trying to move a significant amount of my pre-Air Force possessions cross-country, but we didn't get everything.  So, in December of 2019 we drove back east and made stops in the Carolinas, Tennessee and finally Alabama.  One of the things that we made time for with this trip, however, was a little bit of site seeing; and, after talking about it beforehand, we decided to visit Montgomery's Legacy Museum while we were in Prattville for Christmas.  Having read very little, if at all, beforehand I was nowhere near prepared for what would await us inside.  For starters, the museum, located in downtown Montgomery (only a few blocks from the state capitol) was built on land that, at one point, was used to buy and sell slaves over 100 years ago.  That in itself is pretty heavy to process, but once you're inside (and you immediately realize that this isn't just for kids that grew up one town over, who are "home for Christmas" visiting family... this place is a pretty big deal for many people that might find themselves passing through the southeast and some have probably made it destination travel) you begin to become immersed in just how prolific slavery is in American culture and how it has affected SO MANY generations (plural) of People Of Color in our country.

If you know me, you (I'm sure) know that I'm not a museum guy.  Growing up I never got into going to museums and briefly remember, maybe, going to two (in Montgomery) as a child.  One of those was the First Whitehouse of the Confederacy, and the other's name escapes me as I write this.  Museums just weren't my thing.  Our visit to the Legacy Museum was another experience entirely though.  To say that I spent at least four hours in this museum during our visit would not be stretching the truth.  If anything, that might be cutting it short.  Maybe it was because I was 40 at the time of our visit, maybe it was a combination of the content and the fact that this was basically in my own backyard (just over the river) from where I'd grown up or maybe I was just interested and finally in a time in my life where I was ready to sit down, shut up and to learn, you know?  It's hard to say, but I took my time that day, stopped at every section of the museum and read and tried my best to process the various bits of information that was presented.

I remember saying to Jaime, who was much faster at processing this than I was, that "I wish that we'd had something like this when I was a kid."  I think I took Alabama History in, maybe, the third grade; but this immersive experience was on another level.  Truly.

Among the things that stuck out to me, aside from the disgusting feeling that people, human beings, had been bought and sold mere feet from where we were standing, was that Rosa Parks wasn't the first woman to refuse to give up her seat.  In March of 1955, nine months before Rosa Parks launced her boycott, a young 15-year-old by the name of Claudette Colvin had done this, and in Montgomery too.  Again, one town over.  I can't imagine having the strength and courage to do something like that at 15.  (And Claudette Colvin is STILL ALIVE, and will have just celebrated her 81st birthday, by the time that some of you will see this!) This was not history that I remember growing up; and that's not to discount the work done by Rosa Parks, but you know what I mean though?  "You don't know what you don't know" though, as my aunt's often told me; and, again, at 40, this was news to me.

Another part of the museum that stuck with me was the story of the wrongful incarceration of Anthony Ray Hinton.  Mr. Hinton, who was portrayed by actor O'Shea Jackson Jr. earlier in the year's Just Mercy (starring actors Michael B. Jordan and Jamie Foxx), had served 28 years on Alabama's death row after being wrongly convicted of murder in Birmingham, Alabama (which is only an hour or so up I-65 from Prattville) in 1985.  So not only was this IN my lifetime, but this was right up the Interstate from where I grew up.  It's sometimes hard to indentify or relate to history when things are so far removed from what you know as reality, but I can relate to Alabama in 1985, man.  This happened when I was around!  Through a series of videos and interviews, I came to find out how Mr. Hinton was eventually released from jail through the efforts of the Equal Justice Initiative (EJI).  Through this series of interviews, you get just a glimpse of some of the hard work that goes into freeing someone that has been unjustly incarcerated; and Mr. Hinton's story is not the only one that you learn about while in the museum.  It's staggering to see just how uneven the American prison-for-profit system is, and has become though.

This leads me to the final part of the tour, and please forgive me if any of this is anywhere near spoiler territory (but I feel that you really should see some of this for yourself, as it is SO truly emotionally moving); but towards the end of the tour you come to a section of the museum that contains jars of dirt from all throughout the United States from places where people were lynched.  Each jar has a name and a date on it and that doesn't make you stop and take notice and make you tear up, I don't know if you have a soul.  Each jar represents the life of someone of color that was murdered in THESE United States, and it's just heartbreaking.  I don't know if there's any other word to describe it, other than maybe disgusting; but that's our nation's past though.  Sometimes we NEED to see this kind of stuff to really, fully understand the heaviness and downright ugliness of our past.  THAT is why we're asking you to donate to the EJI.  If for nothing else, I believe in the importance of the Legacy Museum in Montgomery; and that shit's heavy, believe you me, but boy is it damn important to remember though... ESPECIALLY in times like these.  People are NOT property, and should have never been treated as such.  This was a reality though, and if people are ever going to GET equal justice, it's important to help those who are not as learned in our own racist history to catch up.  I realize that this was a long read, and maybe long-winded in points; but if this wasn't such a big deal to me (and to us), we wouldn't be trying to raise attention and awareness for it.