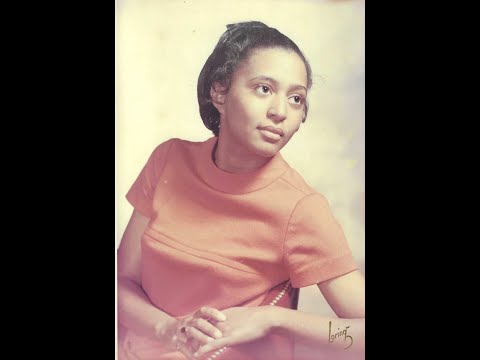 In Memory of Signe Martin

Raised by 46 people in 4 months

Signe Martin was diagnosed with ovarian cancer in late summer of 2020. Despite a courageous fight consisting of surgeries, continued rounds of chemotherapy, and the most cutting edge practices modern medicine has to offer, Signe lost her battle on February 8th, 2021, just six months from her initial diagnosis. She was taken from us far too soon, an all too common and tragic narrative of this terrible disease. Your donation will fund lifesaving research and will help cancer patients get the support they need. We thank you for any contribution you can make in her name.

Signe Lyn (Milner) Martin, 69, of Hartford, CT, daughter of the late Marshall James and Huger Lee (Prince) Milner, passed away on Monday, February 8, 2021, after a six month battle with ovarian cancer. Born in Waterbury, CT, she received her early education in the Waterbury and Hartford Public School Systems, and was the first African American student to attend the private secondary Austin School for Girls in West Hartford, where she graduated as valedictorian. Signe then went on to graduate from Wellesley College with a Bachelor of Arts degree in English Literature. A little known fact is that Signe was a member of the inaugural cheerleading squad for the New England Patriots in their first season in the NFL. Signe was a loving mother of her daughter Mercedes Sullivan (Martin) and her son Madison Martin (predeceased). She was also an overjoyed grandmother of Hendrix, her seven month old grandson whom she saw despite our pandemic, in the days before her death. Signe was a caring niece of the former Hartford Mayor, CT State Representative and Senator Thirman L. Milner, meeting with him every few weeks for breakfast or lunch. They also worked closely together on publishing his book, Up From Slavery: A History from Slavery to City Hall in New England. A member of Soka Gakkai International - USA for nearly fifty years, Signe was a devout Buddhist who found guidance, comfort, and community through her faith. For the past eight years she worked in the Office of Management, Budget and Grants for the City of Hartford. While there, she also served as a dedicated union representative, advocating for fellow members and the causes most important to them. Signe's many colleagues and friends at City Hall and through her various community activities attest to her genuinely kind and gentle, yet feisty presence and her empathetic advice during both life's mundane and personally challenging times. Signe was a lifelong learner and avid reader who loved her city. She was active in stimulating events such as those held at the Hartford Stage Theater, the Wadsworth Atheneum Museum of Art, the Bushnell Performing Arts Center, the Harriet Beecher Stowe Center and the Mark Twain House. She also served as a historic interpreter at the latter two institutions. She reveled in the sounds of many genres of music, especially jazz, attending weekly jazz nights with friends when she could, and tuning in on her radio each night of the week. Her love for the arts and history, paired with her exquisite taste and eclectic sense of style inspired her expansive collections of books, artistic works, toys, movies, jewelry, clothing and antiques of all types. She had hoped to have her own museum one day, especially one for children. Surviving to cherish her memory, Signe leaves daughter Mercedes, son-in-law Kieran Sullivan and his extended family whom she held dear, her grandson Hendrix, her former husband Chester Martin, her brother Marshall J. Milner Jr. and his wife Poppy, her brother Gregory Milner, her uncles Thirman L. Milner and Nelson Milner, her aunt Rev. Shirle Milner, nephews Khari, Chad and Aman Milner and niece Chelsea Laguerre, as well as a host of colleagues, relatives, and devoted friends. The family wishes especially to thank a number of her dear friends and neighbors (of whom there are too many to name here), as well as her supportive relatives: Anthony, Nina, and Marcelina Milner, all of whom helped her in many ways during her final months. In lieu of flowers, you may consider a donation in her name to the American Cancer Society. Signe yearned so much for a cure, not only for herself, but for the countless others who are fighting cancer around the world. Due to COVID-19 restrictions, a memorial service will be scheduled at a future date.

Raised by 46 people in 4 months