Thank you to all who supported our October 17th, 2020, Benefit a& Awards Virtual Gala.  Those who attended had a great time as well as got a chance to see Idlewild up close,  the progress on the building of the Idlewild Environmental Science Center as well as celebrate the contributions of all of our awardees. Participants also witnessed the roll-out of our new game, Idlewild Family Feud.  We hope  you'll plan to join us next year, 2021!

We are pleased to extend an invitation to you to support the Eastern Queens Alliance’s efforts to preserve, develop and bring awareness to the value of Idlewild Park Preserve, a wetland and wildlife nature preserve located just north of JFK Airport, and our full range of environmental initiatives which call for sustainability, healthy communities and environmental justice.  Over the last almost twenty years the Alliance has sponsored initiatives to restore and preserve the ecological jewel called Idlewild and all that it offers.  It has sought to develop environmental stewardship, and honor those individuals who are making significant contributions to environmental preservation and guaranteeing sustainable, healthy communities, locally and nationally.

You can support these efforts by contributing to and attending the Idlewild Park Wetlands and Wildlife Preserve Benefit and Awards Virtual Gala, an event sponsored by the Alliance and our honorary co-hosts: Congressman Gregory W. Meeks, State Senators Leroy Comrie and James Sanders, Jr., City Council Members I. Daneek Miller and Donovan Richards.

Specifically, your support will help EQA:

Help us celebrate the contributions of the outstanding and passionate service of national and local leaders whose activities support our vision of equality, sustainability, and healthy communities.

The theme this year is  “Speaking Our Truth.” 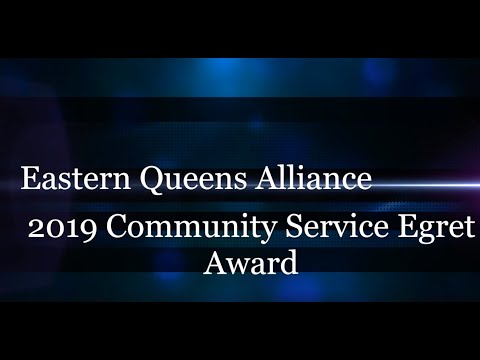 What is Idlewild
Idlewild: Tale of the Ecological Jewel in Southeast Queens

Idlewild Park Preserve, one of the largest expanses of salt marshes in Queens, “contains sandy grasslands, a unique dune swale, and one of the richest salt marshes in southeast Queens.” Its wetlands form a natural drainage outlet for Queens south of the Grand Central Parkway, draining out into Jamaica Bay. “Tidal creeks running through the park are the most extensive in, and provide the largest volume of freshwater to the Bay.”  Idlewild Park Preserve is a part of the Jamaica Bay system but was largely cut off from the bay proper when JFK Airport was built on 5000 square acres of filled-in wetlands in the bay. The only access route from Idlewild to the bay is through Thurston Basin.

Over the years, the size of Idlewild has increased and diminished largely because of political expediency. Idlewild Park, was acquired by Parks in three stages between 1956 and 1964. The first parcel was given to Parks through an agreement reached in 1956, with the Port Authority. In 1958, the Board of Estimate assigned additional acreage to the area. Its size peaked at 224.8 acres in January, 1964, through the purchase of private property. But in August 1965, Parks ceded 66.1 acres to the Port Authority for the construction of the Nassau Expressway. In the 1970s, NYSDEC designated this acreage as wetlands, but mapped much of it as being in the right-of-way of the Nassau Expressway. In January 2001, one hundred acres of high-quality wetlands, formerly called Public Place, were designated as parkland and became a part of Idlewild Park as supposed mitigation for the 25.4 acres that was to be demapped as parkland. At the same time, the City Council voted to turn over the 25.4 acres to the Economic Development Corporation (EDC) for the construction of an Air Cargo Industrial Park, a huge four-building complex accessed on Rockaway Boulevard. The adjacent communities in Southeast Queens strongly objected to this project. Its civic leaders testified at all levels of hearings on this rape of the park, but pleas fell on deaf ears. Indeed, members of the Council questioned whether wetlands even existed in Idlewild. The alienation of parkland proved to be a "done deal."

In addition to the government’s seesaw acquisition and ceding of land for Idlewild over the years, from 1970-1976, two sections of Idlewild Park totaling roughly 100 acres were used by the Department of Sanitation as a construction waste landfill. This use by the Department of Sanitation ruined acres of valuable wetlands. The remaining parkland was designated intertidal and high marsh wetlands by the New York State Department of Environmental Conservation (NYSDEC). Within the last  six years, well over 1500 trees were removed from Idlewild because the PANYNJ deemed that the trees were too tall for the "Runway Protection Zone."  The PANYNJ was required by PARKS to provide mitigation monies for the removal of the trees. Parks has been using the funds to replace the trees with wetland and upland shrubs and smaller trees.  However, the park lost full-grown trees that provided habitat, flood control, and a partial noise buffer, not to mention their function in combating air pollution.

The Eastern Queens Alliance started advocating specifically for the preservation of Idlewild Park when it became apparent in 2000 that the powers-that-be largely saw the area as a barren tract of land that was ripe for "economic development"  to expand the air cargo industry for JFK Airport as opposed to a truly valuable wetland area and open space that also served as an environmental buffer between the airport and the residential community to the north.

The EQA applauds Parks for designating Idlewild Park as a Forever Wild Preserve. It applauds the ecological DEP restoration effort at the western end of the park, the largest restoration effort at that point for the park. This was a $1.4 million ecological restoration that accompanied a sewer construction in the 90s. This project was designed jointly by Park's Natural Resources Group (NRG) and DEP. It provided significant improvement to the local environment and the larger Jamaica Bay ecosystem, including the restoration of 13 acres of tidal wetland and the creation of a two-acre freshwater wetland. Since then,  Eastern Queens Alliance, as a steward for the park,  has been awarded small grants for the establishment of a trail system and tiny bits of restoration in Idlewild Park Preserve. At EQA's request, Borough President Helen Marshall allocated $5 million in the 2009 Capital budget for and EQA-run Environmental Science Learning Center.  Borough President Katz supplemented that allocation to meet rising construction costs. Construction finally began in late 2018 and the center is slated to open in January 2021.  We are thrilled about that. The center's opening will provide the much-needed space for EQA's environmental science education programs and its other environmental initiatives.

Over the years, Eastern Queens Alliance has been working as a true steward and partner with NYC Parks to accomplish the maximum restoration and preservation of Idlewild Park Preserve as well as the construction of the Idlewild Park Environmental Science Learning Center. As a result of the Alliance's efforts, much has been achieved,  but much is still needed! Your help is greatly appreciated.