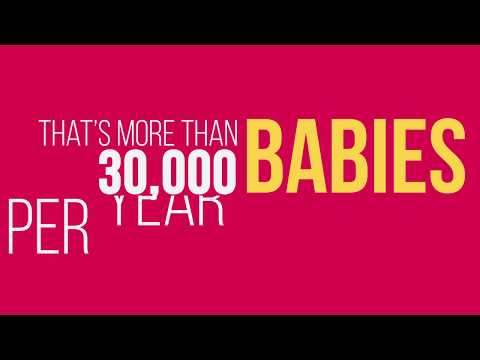 Raised by 4 people in 1 year

The Idaho CMV Advocacy Project was formed in 2016 by several local CMV families. In 2017, we helped pass state legislation promoting CMV awareness. In 2019, we officially partnered with the National CMV Foundation, which recently applied for CMV’s inclusion in the universal screening panel.    The momentum is encouraging. Still, MOST people have never even heard of CMV, a condition that affects more babies than Downs Syndrome or Zika! And so. Thanks for supporting our efforts to increase CMV awareness and prevention! Donations big and small help us to spread the word.

Our daughter, Keira,  was born in 2012 after a seemingly healthy pregnancy. To our surprise, she weighed less than 5 lbs. and was very sick. We soon learned that she had cytomegalovirus (SIGH-TOE-MEGA-LOW-VIRUS) or CMV. Never heard of it? Neither had we.

CMV is a common cold virus. If you are reading this, you’ve probably had it. Typically harmless, it’s a problem when it crosses the placenta to an unborn baby. Basically, Keira was so busy fighting CMV in the womb that her brain didn’t get the chance to develop like it should have.    Keira has cerebral palsy and hearing and vision impairments. She can’t walk, talk, or feed herself.  She spends hours each week at therapy and doctor appointments. Still, it’s unlikely that Keira will outlive us. We work very hard to keep Keira growing and comfortable.

Keira has bright eyes and an infectious laugh. She loves her brothers, swimming, bouncing, and baseball. She is communicative and sassy in her own right and has so much to teach us about patience, simplicity, and unconditional love.    We love Keira fiercely and at the same time, we hate CMV for what it took away from us. If I had known what CMV was, I may have been able to prevent it. Because I had no idea, I did things that put me at high risk for contracting CMV. I wish had known.

Raised by 4 people in 1 year