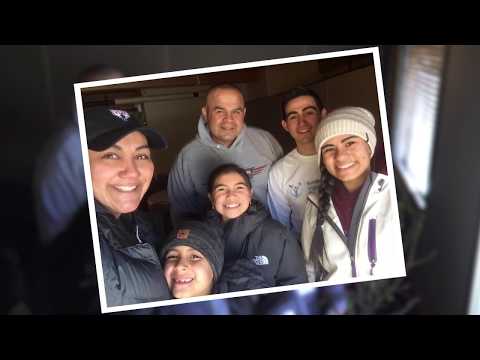 In 2010, I received an email from the Red Sox, inviting me to run the inaugural Run to Home Base.  It seemed like an awesome experience, running a 9K and finishing in Fenway Park.  As an avid Red Sox fan, this was unimaginable access to one of my favorite places, Fenway Park.  I was nervous that I wouldn't be able to raise $1000 or run a 9K--I had never run an organized race before.  My friends assured me I could do it and they would help me fundraise.  As they predicted, I was successful on both fronts.  What they couldn’t predict was the impact Home Base would have on my life.

During the opening ceremony before the run, we heard the story of the creation of the Home Base Program.  Here is that story, as told by homebase.org:

We also heard the story of a veteran who was helped by Home Base.  After hearing that veteran’s story, I was committed to helping Home Base.  I did not serve our country, but realized I can help those who did.  I have participated in the Run to Home Base every year since that first year.  Each year, I have been honored to hear the story of someone helped by the program and to hear about the growth of the program.

When Home Base began, it served veterans of Iraq and Afghanistan with PTSD and TBI on an outpatient basis.  Over the years, Home Base has expanded to serve all combat era veterans.  Home Base has also expanded to include a two-week Intensive Clinical Program.  This program allows veterans from all over the country to benefit from Home Base’s resources.  Home Base also provides programs for families.  These pograms would not have been possible without the support of generous donors throughout the years.

The Run to Home Base in 2010 changed my life by starting my running career.  In addition to completing every Run to Home Base, I have also run over 20 half-marathons, four triathlons, one marathon and numerous 5K and 10K races.  Running has become an integral part of who I am, thanks to Home Base.  Home Base has become so important to me that one year I ran the race in the morning and hustled back to NJ to be a bridesmaid in a wedding that night.

This year, I have the amazing opportunity to combine two of my passions into one of the biggest challenges of my life.  I will be running the Boston Marathon as a fundraiser for Home Base!  Please consider supporting Home Base  and me through a financial contribution.

Home Base, a Red Sox Foundation and Massachusetts General Hospital Program,  is dedicated to healing the invisible wounds for Veterans, Service Members and their Families through world-class clinical care, wellness, education and research. As a National Center of Excellence, Home Base operates the first and largest private-sector clinic in the nation devoted to healing invisible wounds such as post-traumatic stress, traumatic brain injury, anxiety, depression, co-occurring substance use disorder, military sexual trauma, family relationship challenges and other issues associated with service. Since inception, Home Base has served more than 15,000 Veterans and family members with care and support, trained more than 55,000 clinicians, educators and community members nationally and remains at the forefront of discovering new treatments– ensuring a brighter future for the 21st century warrior and military family.