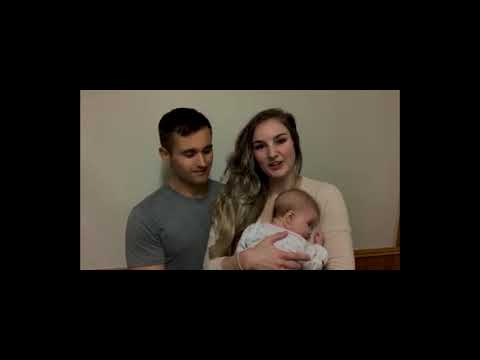 Each year, millions of women around the world suffer traumatic and devastating losses due to the pregnancy complication, hyperemesis gravidarum (HG). This disease takes away a woman's control over her body as she is sick for months, often unable to even care for herself. About 34% of those affected in developing countries experience fetal loss. The number in less developed countries is unknown. Some of these losses are mothers who terminate solely due to desperation or medical necessity.

The financial expenses and relational strain often are devastating. Those who survive may be impacted for month or as long as their lifetime, both mother and child. Mothers often have health issues or chronic anxiety and depression from the trauma. The children, exposed to high levels of stress, malnutrition and dehydration, often have developmental delays, behavioral disorders, emotional challenges, sensory processing disorder, or Attention Deficit Disorder, and are at higher risk for autism. This places enormous burden on the family and the child as they deal with the aftermath of HG.

HG: a potentially life-threatening pregnancy disease that may cause malnutrition, dehydration, and debility due to severe nausea and vomiting, and may cause long-term health issues for mom/baby.

Since 2000, the HER Foundation has been the voice for these women, and has helped hundreds of thousands of women survive their pregnancies.

Interest in HG was minimal until HER joined forces with Dr. Goodwin at the University of Southern California in 2005. Since then, HER with Dr. Marlena Fejzo, has become the leading research team on HG, documenting the impact, best treatments, long-term outcomes, and the first causes, her genes.

HER wants to give a voice to women around the world, to show the challenges they face and what we need to do to help these women. HER has never received corporate funding and nearly all of its research is privately funded. Grants are rarely offered for HG. So we need your help to raise the funds for this important project. These women have been ignored and dismissed for so long, it's time people knew the truth about their suffering and for medical professionals to properly manage it to avoid the devastating consequences of poor care.

We are applying for grants and nearly all that are involved  in this documentary are volunteering their time and resources. Still the costs for filming equipment and eventually travel will be substantial.

If we raise enough funding, we will be traveling with a team that will conduct training of health professionals in several countries as well.

Yet we are determined to find a way to make give a voice to the millions of women suffering silently, blamed for their sickness, and forever traumatized by something they could not control.

YOU CAN HELP US GIVE THEM A VOICE!

In partnership with Zenfinity Pictures, the HER Foundation has begun filming an international documentary about the impact of HG. This documentary is part of a global initiative to advance research relevant to the health of (pregnant) women. It will raise awareness and educate the public, employers, policy makers & health care providers about NVP/HG and its far-reaching physical, psychological, social and economic effects as well as gather support, resources & funding for the HER Foundation.

We want to paint a powerful, yet realistic portrait of what it means to suffer NVP or survive an HG pregnancy.  We have assembled a top-notch Hollywood film crew comprised of members who were personally affected by HG and are being advised by award-winning Producers and Directors.

Rachael and Bevin have both been working in the industry for over 15 years and been behind the camera, writing, directing, producing, for a little over 3 years. They released their first short film this year with some acclaim and also have a narrative feature in early pre-production. Kimber MacGibbon, RN, Executive Director of the HER Foundation will be working alongside Rachael and Bevin throughout this project.