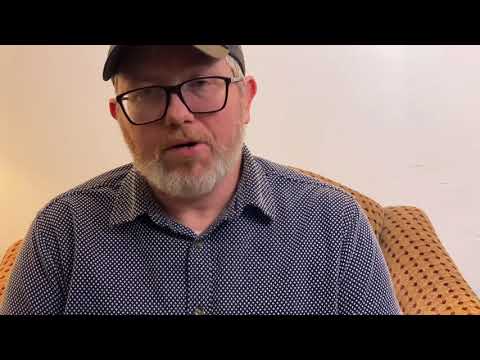 Coming Back From Korea, Going Right to the Hospital

On Thursday, January 30, Bryce Palmer flew back into Evansville, Indiana from Incheon, South Korea.  He was invited to Korea to officiate the memorial service of several people who lost their lives in 2019.

For the past two decades, Bryce has been helping friends and strangers alike by working in the non-profit area.  Whether it was finding money to pay single moms' rent and utilities, or finding a place for those addicted to drugs to get help getting off of them, Bryce did his best to help.

Over the past 6 years, Bryce has spent a lot of time going to help and raising money for citizens of North Korea.  He helped raise over $200,000 to rebuild three villages that were destroyed by floods in 2016.  Along with rebuilding the villages, he was able to provide enough food for each family in those villages to survive until the new crops they had planted were ready.

Bryce really does care about other people.

Bryce was super anxious to get back to Evansville, since over the last few months he transitioned careers: from working in the non-profit sector for 22 years of his life, to starting up his own magazine telling great stories about incredible heroes in Evansville.  He formed a team and was on schedule to produce his first issue.  But things didn't go like he planned.

Two days after getting back from officiating the memorial services in South Korea, Bryce developed a headache that was worse than any headache he'd ever experienced.  He went to the ER that Sunday evening, February 2, and was given a shot for the pain and steroids.

The next day, Monday, February 3, Bryce made an appointment to see his family doctor.  She mentioned to him that it might be best to admit him to the hospital since there was no underlying cause to the pain and she wanted some tests done such as a CT scan and bloodwork.  Bryce asked if it was ok if he just tried out the medications she had prescribed for a day or two and see how he was feeling after that.

He ended up back in the ER Tuesday night, February 4, this time he was admitted to the hospital.  However, his only symptom was severe head pain on the right side of his face and head.

Because head pain was the only symptom, several tests were performed along with multiple blood draws for blood tests.  Bryce's first 3 nights in the hospital were filled with overwhelming pain as even the high doses of IV pain medicines would not take the edge off of the pain in his face and head.

The neurologist on the third day in the hospital said he thought this might be a rare presentation of the shingles virus without the rash, called Internal Shingles.  Bryce was tested and sure enough he tested positive for the shingles virus: Varicella Zoster.

Eventually, the virus entered into Bryce's spinal fluid and caused viral meningitis which compounded the pain and ended up causing Bell's Palsy, which paralyzes the facial muscles.

Bryce spent 16 days in an isolation room in the hospital because the infectious disease doctors, along with the neurologists and his family doctor, didn't know what kind of potential contagion was present.

After 14 days, Bryce's bloodwork came back clean from any virus load and he was able to finish his IV antiviral treatments at home.  This consisted of an IV 3 times a day with antiviral medication for 2 weeks.

Bryce is now on the mend.  His doctor has said that full recovery will take up to 16 weeks since the virus did so much damage to his face and nerve clusters.

His medical bills are incredibly high.  Multiple MRIs, multiple CT scans, dozens of blood tests, plus being in an isolation room for 16 days build up a monstrous bill:  Almost over $100,000.

But fortunately, most of them were covered by insurance.

The only parts that weren't covered were his home IV infusions, his home nurses, his facial paralysis rehabilitation, and several medical services such as MRIs, 2 of the CTs he had, and a couple dozen blood and spinal fluid tests.

We, as a community that loves Bryce, want to reach this goal and help him through this troublesome time.  Especially since his doctor may be putting him back into the hospital for symptoms similar to what he had at the beginning.

You can be of wonderful and encouraging help in three different ways: first, you could consider giving towards this project financially.  Secondly, you could consider sharing this campaign through your social media posts and through texts and email messages.  You can find the links to share on this page. Thirdly, you can become a team leader and start your own fundraiser on GoFundMe that feeds into Bryce's main fundraiser.  So you could set an amount you wish to raise and then call on your friends and family to help you meet that goal.  You'd be Bryce's hero!

Thank you so very much, you are a wonderfully needed partner in Bryce's recovery effort.  You have the incredible opportunity to come along side of Bryce and help him in his time of need, like he's done for so many others through the years.