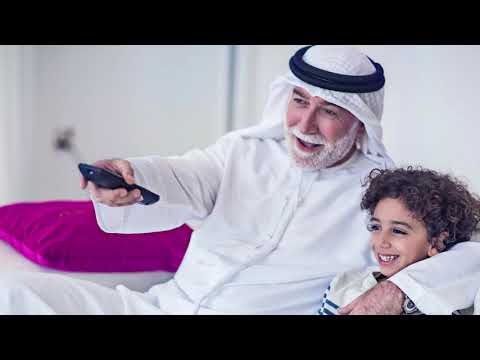 Help us Launch in the Middle East and North East Africa

Hosanna Broadcasting Network is a Christian media company who is seeking to raise $100,000 to expand its television channel to the Middle East and North East Africa. Hosanna Broadcasting Network sees this as a great opportunity to disseminate the Gospel to those who are living in extremely critical situation. Most people in this region are suffering from lack of knowledge and information. Poverty and inequality are the twin anchors of an inexorably damaging dynamic that ultimately sends tens of millions of families into agonizing cycles of vulnerability, helplessness, marginalization, and, in many cases, alienation from their state and society. There is a great need in this part of the world to provide life changing Gospel along with informative and educational programs. There are millions of people who are in dire need to find solution that will change their lives for good. Disseminating the Gospel that will bring peace, hope and eternal life is very much needed.

A total of 800 million people resides in the 10/40 window which is predominantly Muslim. According to Wikipedia, the number of Christians living in the Middle East alone is down to 5% from 20% in the early 20th Century. Poverty rate in the 10/40 window is as much as four times higher than previously assumed. According to United Nations Development Program (UNDP) two-thirds of the total population are classified as poor. There is not much hope for most people who reside in these regions. A poor family in the Middle East today will remain poor for several generations. With governments in the Middle East unable to deliver basic services and opportunities, young people are turning to religious, sectarian, and ethnic organizations like Hezbollah and the Muslim Brotherhood to fill the void. Christian television programs provide the opportunity to inform and clarify the truth of the Gospel to audiences who otherwise will not have a chance to hear the truth. It is very vital that we get in the mix to be able to save young people’s lives from getting entangled with wrong belief systems. To most HBN’s wholesome programming might be the only way to finding life changing truth. At HBN TV we are committed to invest all our efforts to see this vision become a success.

Television is seen as the major form of media that people turn to for information. Since the unemployment rate is over 65%, most people stay home and are glued to television. People are watching news, entertainment, and various religious programs on a daily basis. However, there aren’t that many Christian program in their languages. Based on our previous experience of broadcasting a 24 hr. radio program in this region we are prepared to provide life changing programs. We understand first hand how effective it is to reach people in their own dialect, therefore, we will be programming in ten major languages. HBN TV will mix Christian based movies, lifestyle shows along with preaching and worship programs.

We believe Hosanna Broadcasting Network provides its audience opportunity to explore another choice that will give abundant life here one earth. People perish for the lack of knowledge, especially the lack of knowledge of our Lord and Savior Jesus Christ and we cannot let this happen. Based on our company’s mission statement to “Go Ye into the World and preach the Gospel to every Creature for mankind’s deliverance, we believe the Gospel coupled with informative and educational programs will bring positive and promising opportunities to our audience. HBN TV will provide life changing programs in various languages that will inform, educate and strengthen its audience. We at Hosanna Broadcasting Network feel it is our duty to make sure that everyone has access to the Gospel of Jesus Christ. This is the very reason that HBN was founded and it is important for us to use every platform available to spread the Word through HBN TV.

Hosanna Broadcasting Network creates programs to help improve the quality of its audience’s lives. The people who live in the Middle East and North East Africa will benefit from programs that are wholesome and family oriented. The foundation of the programs that are broadcast on Hosanna Broadcasting Network is the Word of God. Our goal is to create and broadcast programs that will lead audience to salvation. We also focus on having programs that will help new converts to begin their walk with The Holy Spirit to disciple them. There will be anointed preachers and teachers hosting life changing programs in various languages including Arabic, Farsi, Amharic, Eritrean, Hebrew, Turkish. This will present a great opportunity for the viewers to know the truth about our Lord and Savior Jesus Christ. It is our desire to bring fundamental improvement to our audience’s lives through the quality of programs we broadcast. HBN is dedicated to achieving its goal of reaching the world for Jesus Christ. We realize that the need is great and there are other powerful Christian media serving various countries in the world. However, we believe that there is a great part the Lord has designed for us to play and we are prepared to fulfill His great work.

The funds will be used to expand our reach into the Middle East and North East Africa  and launch a 24 hours Christian channel. We will purchase two servers, software and hire two producers. We will also use a portion of the funds to expand our studio to accommodate workspace that will manage the new Middle East Channel. The following are a list of areas the funds will be used.

Hosanna Broadcasting Network will need to raise $100,000 by November 30th, 2020 so that we can launch our television channel December 15, 2020. We are aggressively looking for funding sources to help realize our vision to reach marginalized and needy people in the Middle East and North East Africa.

Your support of Hosanna Broadcasting Network will mean a great deal for us. Our organization has a mandate from the Lord to use media to disseminate the Gospel of our Lord Jesus Christ to the World. We have been believing, praying and dreaming of making this vision a reality. Our organization was founded to preach the Gospel to the 10/40 window. As we mentioned earlier, we did have an awesome opportunity to fulfill this via satellite radio. We believe God is bringing us full circle and are looking for partners who will support us to realize this vision. We believe in the power of the Gospel and also believe there are millions of people who live in the 10/40 window who haven’t received the Gospel. The time is now and it is ripe for us to move forward and launch this channel to cover Middle East and North East Africa. It is our desire to expand our television station to every part of the world. A door has opened for us to launch our Middle East/Africa channel. We thank you for helping us walk through it.

We are grateful for all the support you give us to fulfill our vision of taking the Gospel to the world. You are helping us accomplish the purpose that God has called us to fulfill. We thank God for you and pray that He will bless you exceedingly abundantly more than you ask and think according to His power that is in you.