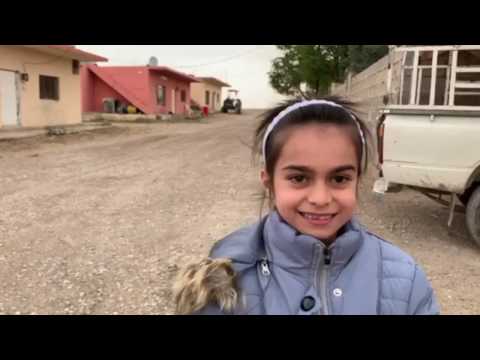 We worry that we are going to get kicked out of our own homes. Here's our situation: All of the land around our homes in our village is owned by a business man from Mosul, Iraq.  We farm the land, eat and live off of the land. Now, the business man wants to sell it for $1,500,000, and we only have 15 days to buy it. Every dollar counts because we are still going to at least keep some of our land, even if we don't raise the full amount. While most of the world is preparing for the holiday season and immersing themselves in all of the joys that accompany it, we're worried we won't have a place to live soon.

Right now, there is a kurdish businessman with plans to buy our village. Based on previous experiences, we fear one of two things: (1) we permanently lose our source of income and/or (2) the agricultural lands are eventually used to build new residences to shift demographics.

Our demographics consist of 80 people and many of whom are children. If we can buy our village, it will belong to the people instead of one man who holds all of our fates in his hands as if we have just been reduced to a single business transaction. We're looking for a miracle.

What if we don’t raise the full amount?

If we fall short of the stated goal, we will still use whatever we raise to save as much as we can. That’s why every single penny counts.

Who will own the land?

The Shlama Foundation is working out the details of equity distrubition of the property to the people of the village in a fair and balanced way. After we work out these details, we will distribute a poll to donors so we can all collectively decide how the money will be spent and who will own it.

How is it possible that one man owns an entire village?

It happens the same way a landlord owns land in America and leases it to tenants, except discrimination is allowed in Iraq, which means something as simple as having a new landlord can be a scary thing. The people of Garmawa are worried they will be kicked out by the new landlord.

Does part of my donation go to GoFundMe?

That’s up to you. However, there is an option to change the administrative fees to $0.00 so the full amount of your donation goes to the beneficiaries.

If we reach the goal and buy the land, what assurances do we have that the villagers won’t have their land taken away from them by force?

We can look at examples of other villages and towns that have been evacuated or changed territories. The homes, farms and land are still owned by the true landowners today. One example is Alqosh. While the town has experienced many geopolitical changes, it is still 100% owned by the natives. Another example is the town of Tel Keppe. While many homes are illegally occupied today, they are still legally owned by the true owners and can be reclaimed on  an  individual basis  at any time. True legal ownership did not change post-ISIS.  However,  that  doesnt  discount  that  we  need  a  solution  for  reclaiming  Tel  Keppe  and  more  security.

What will happen if this is successful?

How many Square Feet is the land?