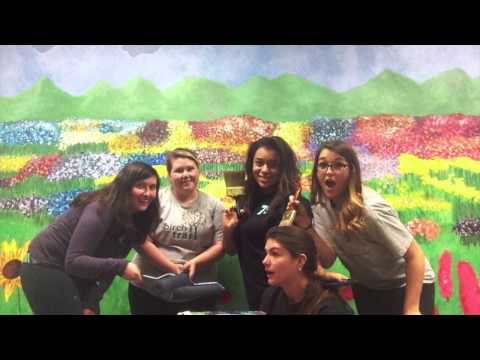 Raised by 30 people in 1 month

ISAT Center is a private, nonprofit, 501 (c)(3), counseling agency established in 1983 with a mission to provide specialized services to children and families affected by abuse with the focused goal of helping the healing process begin and preventing future victimization. ISAT has dedicated clinicians and staff who work in conjunction with a volunteer board of trustees, all committed to fulfilling our mission of “healing families, strengthening lives.”

ISAT utilizes a family systems treatment approach by offering therapy to all family members in one location with coordinated, trauma-informed treatment programs in a safe environment.

If you want to help children heal, give generously

“J” believes she is lucky to have found ISAT. By age 16 she had been sexually abused multiple times, beginning at the young age of nine. Before coming to ISAT, she had attempted suicide a number of times and had lost hope for her future. Like many children and teens who have been sexually abused, she believed there was something wrong with her and that she was at fault for the abuse. Through treatment, she is learning to let go of the shame and find new hope and support in her life. She now understands she has the right to protect herself and believes that she is worth protecting. She says that her therapy at ISAT is what saved her.

If you want to help survivors of sexual abuse heal, give generously

As a young woman, depression was consuming her life. It was something she thought she would have to deal with indefinitely. She began to use alcohol to numb the pain. She did not realize that the secret she carried inside was related to the unshakeable sadness she felt. As a young child she was sexually abused by a close male relative. Fearing that she would be blamed, she never told anyone. As her depression became even more debilitating, her medical doctor recommended therapy. At first, she was reluctant to believe that therapy could be helpful. She is so grateful that she called and followed through with an appointment. She has been able to tell her family about the abuse and has received support to continue her therapy. Sharing about the sexual abuse has helped her feel significant relief and let go of shame. Her depression has decreased, and for the first time in years she feels in control of her life. She credits her therapy at ISAT with turning her life around.

If you want to help families heal, give generously

A mother of four children, married for 15 years, she always believed she had to put up with her husband’s yelling and his habit of breaking things when he was angry and stressed. Then he lost his job. She began looking into job possibilities for herself, which led to more anger from her husband. He began yelling at her and the children more than ever and then began using physical force against her–pushing, shoving, hitting. After the children began having problems in school and the family’s financial situation worsened, she knew she had no choice but to seek solace and safety for her family. She received services at a domestic violence shelter and was referred to ISAT for counseling. At ISAT she and her children found warmth and compassion from therapeutic staff experienced in helping families heal from abuse and violence. Through therapy, she discovered that she is strong and resourceful. She felt hopeful that she could survive, even thrive, due to everything she learned in her therapy at ISAT.

Your Contribution to ISAT Supports:

Play therapy services for children who have been abused

Safety and peace of mind for survivors of abuse and violence

“Mountains viewed from a distance seem to be unscalable, but they can be climbed. The slopes that seem so steep seem to level off as we near them.”   --Anonymous

Raised by 30 people in 1 month