Let's return to the "Age of Innocence" at the iconic Cavalier Hotel. We will dance through the evening with a chef attended food stations, craft cocktails, live performances, and silent/live auction.

Together, we will celebrate the steps our community has taken to restore the innocence of children, and raise funds to provide hope and restorative care to survivors of sex trafficking in Hampton Roads.

Dust off your dancing shoes. Put on your favorite cocktail dress or most dashing suit. Just come out and enjoy an incredible evening of raising money to protect the vulnerable in our community.

Vision: Our vision is to see communities across America unite to end domestic sex trafficking and restore hope, freedom, and a future for every survivor.

The United States was just named by the Department of State as one of the top 3 countries in the world for human trafficking, and the top consumer for sex trafficking. This $99 billion industry is expected to overtake drugs in the next few years in the United States. Due to the demand of sex in America, we have seen a dramatic increase in the number of Americans being trafficked on US soil over the past decade.

Today, Hampton Roads is 15th in the nation for human trafficking. In 2018, 22% of identified victims were minors, 90% were American, and many of the minor victims came from the foster care system. Of course, anyone can be a victim of sex trafficking, but we know that kids who are homeless or runaways, LGBTQ, African American or Latino, and youth interacting with the child welfare system are more vulnerable to this type of exploitation.

In 2020, Safe House Project will be increasing capacity of safe houses and wrap around services through partners in California, Florida, the Carolinas, Ohio, Oklahoma, Virginia, and Washington. Locally, we are looking to support 50 survivors of sex trafficking in Hampton Roads with safe housing and wrap around services that will allow them to begin their healing journey. Founded in Hampton Roads, we truly want to see an increase in awareness and education; therefore, we will continue to speak 15-20 times per month to help prevent the victimization of vulnerable members of our community.

A look back at the Safe House Project "Masquerade Ball" in 2018. 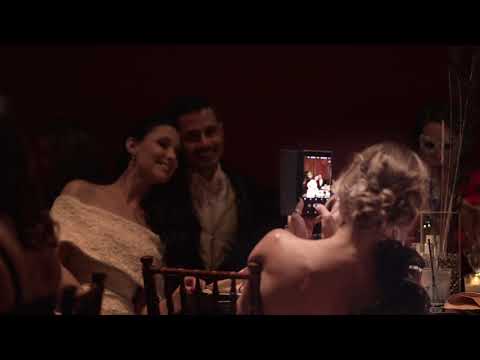