The Greg Priest Drum Lab Scholarship at the Musicians Institute

Everyone who had the privilege to know Greg Priest may have understood the talent and dedication he had to music. His drum playing was driven, creative, forward, and interesting. His songwriting was the same. Playing drums was something he loved since he played on his first “kit” at the age of three. When Greg expressed his desire to attend music school as a young teen, his educator Dad told him he could—but only after he got a “college degree.” This is when the creative and dedicated side of Greg’s love for music kicked into high gear.

While other teens would have bemoaned the state of their affairs, Greg leaped into action. While playing in high school bands, Greg accelerated his studies to pass the GED at sixteen. Straight away he enrolled at the College of Marin where he graduated with an associate's degree two years later—just in time for his regular class to enter their college freshman year.

And so, Greg’s professional musical journey began at the Musician’s Institute in the heart of Hollywood, California. He would go on to study privately with great rock drummers, become schooled in musicology while learning the craft of songwriting from professional songwriters. Greg would spend hours practicing in MI’s drum practice rooms and playing his guitars to hone his songwriting skills.

The years were 1990-1994 and the rise of rap was cresting commercially. Greg joined Ku De Tah as one of the first-ever original rock-rap bands. They evolved this new rock integration by writing and performing with all sorts of different approaches. With Greg’s musical training at MI, he was able to bring important song ideas to the band while creating the infusion of hard-hitting yet creative drums to each original song.

Ku De Tah was one of the most popular LA bands at the time. Greg was organizing shows with three to four LA bands with Ku De Tah as the headliner. They produced their first EP that sold over 5,000 copies in five months. Greg mentioned they were walking away with serious cash—not the image of the struggling rock musicians that frequent our minds when we think of a band’s early years. During this time, Mighty Joe Young opened for Ku De Tah; they would later rename themselves, Stone Temple Pilots. They signed a management deal with Rhonda Bedekian.

The LA Music Awards picked up on Ku De Tah and wrote this about them in 1992, "The Valley-based Ku-De-Tah may not have any spellers, but they have a plan that just might work: Combining rap and rock with a combative format of street Angst and sufficient attitude to make Clint, Chuck, Dolph and Ah-nold evacuate the slam pit like polite mice."  http://www.lamusicawards.com/act/ku-de-tah/

Finding that “right” approach to a new rock fusion happened in early 1994 for Ku De Tah and they were quickly signed to a record deal by Marlboro Music, a record label based in Germany. Changing their name to Sullen, they recorded their first (and what would be their last full album), Sapients, in Los Angeles. The video to their first single, “Mr. Mister” was shot in Los Angeles by a top European video director and his team. Some will remember the 5 a.m. call time on Skid Row and how Cardboard Village was taken down like a cardboard lego set to shoot in the tunnel that led to a very dry LA River. The video is here in the Gallery for your enjoyment.

Touring the GAS countries (Germany, Austria, Switzerland) as the opening band for Downset when the label had just released the album, was very exciting for the band. Expecting to be completely unknown at the outset of the tour, Greg was completely floored by the fact that the packed audience was singing every English lyric of their setlist complete with mosh pit frenzy. Their tour continued in the same way. Exciting. Energetic. Living their dream.

After leaving Sullen and their consequential breakup, Greg wanted to set the musical direction for his next band within the same rock-rap genre. He founded Evenrude by meeting with different potential players to find the right mix. His choice for the singer was a new college grad, Chris King, who had sung some rock and a lot of choir. He was high octane and helped to bring the band’s original music to new audiences. They toured the west coast after signing a deal with Pinch Hit Records. They played at UNLV and ultimate sports events including Tony Hawkins. That was all South by Southwest before South by Southwest existed.

The next iteration of Greg’s musical journey ended with one of his Ku De Tah singers’ and friend, Dave Thomas. They formed a band and named it Marblerye. It was a side project for most of the four members while they led more conventional, albeit, non-musical lives. They were based out of Ventura. They played gigs around Ventura and Hollywood. They were a regular opening band for national acts playing the Ventura Theatre. The bands they opened for included Concrete Blonde, Docken, Camper Von Beethoven, The Rat, and Mission UK. Greg transitioned from his beloved Pork Pie drum kit to electric and acoustic guitars during his time with Marblerye. Like every show he ever played, he loved performing and writing.

Greg was diagnosed with the genetic disease, Huntington’s Disease and lived a very slow progressive nerve cell death in his brain from his birth. In the album pre-release days of Sullen, we wondered if a twitch he had on his pinky toe was just a normal twitch or HD. As the HD slowly progressed, Greg knew he would ultimately be giving up his physical capacities. We didn’t know when, but we knew he would—just as his mother had done when he was 17 years old. By 2010, it became evident that he was no longer able to live fully independently and moved in with me. It was my joy to have him with me and watch him continue living his passions of more limited music and sports.

After a transition into assisted living, Greg’s dad, Charlie, orchestrated the most loving move for Greg. Greg’s final four years were at one of the very top U.S. nursing facilities, Edgemoor District Park Skilled Nursing Facility where their expert staff provided loving and highly skilled care for Greg. Many family and friends were able to visit him there. Each visit brought Greg great happiness.

As my ex-partner who was a part of my life for 25 years, Greg never ceased to amaze me with his talent, courage, confidence, and passions. He was a true friend to those of us who loved him. In all this time and through the progression of his HD, he never once complained; he always looked at what excited him in life, and it was this excitement where he kept his attention until he passed away. He carried great love for his family and friends with him every moment of every day.

Expressing the views of those close to him, it is sad that he is no longer with us, but we carry his spirit with us. Over and over, Greg taught us an essential lesson—to lead our lives with humility, passion, and positivity. He will always be loved and is greatly missed.

Thank you for any size donation that you can make towards The Greg Priest Drum Lab Scholarship at the Musicians Institute, Hollywood. The alumni committee will select one or more incoming freshman who exemplifies the talent, passion, and determination that Greg himself personified in his drumming and songwriting. Most of these students have limited means to support their musical training and any amount that can offset their tuition at MI is a welcome relief.

One hundred percent of all donations will go directly to the Musicians Foundation to be dispersed for one or more 2020-2021 scholarship award(s) at the Musicians Institute in Hollywood, California. We are now considering future years as well! No funds are retained by anyone for administrative purposes.

We met our first goal of $1,000 by October 11! Now that we're moving along and surpassing our initial $2,500 goal, we are excited to foresee that we can possibly fund multiple deserving incoming Musicians Institute students who embody the talent and drive of Greg in his life and work.

We'd like to keep the Greg Priest Drum Lab Scholarship going for more than one school year with your generous donations. Remember, your donation is 100% tax-deductible (separate and apart from the credit card processing fee) and goes directly towards the scholarship itself. No monies are being withheld for administrative costs.  Thank you for considering a donation to the Greg Priest Drum Lab Scholarship at the Musicians Institute. Your donation directly affects the next generation of musicians. 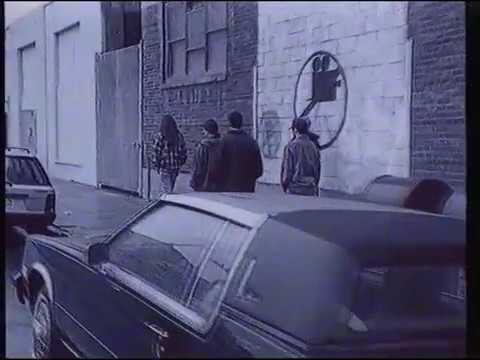