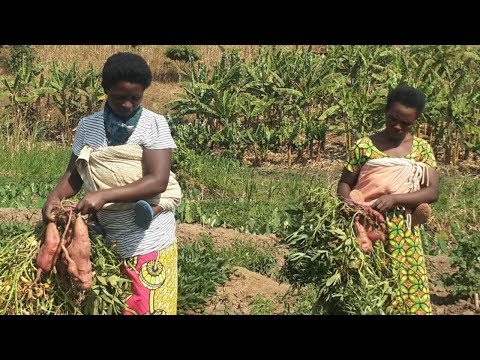 Share on Facebook Donate
Donate Join  Share on Facebook
Share on Facebook
Tweet
Each year, Gishers come together to “Change A Life”, making a profound difference in the life of someone facing extraordinary hardship. In the past, we’ve helped a wounded warrior and his family rebuild their lives; we’ve rescued homeless Syrian refugee families... We’ve even saved a school in South Africa to provide education, meals, and a sense of purpose to impoverished dance students. But this year, we’re going further than ever: in partnership with Random Acts, Gishers will change the lives of an entire community of women touched by unimaginable tragedy and hardship: survivors of the Rwandan genocide. Together, we’re going to help them achieve their dream of economic stability and independence. Our focus is an inspiring group of women survivors of Rwandan genocide. In 1994, conflict between two warring parties escalated into the massacre of over 800,000 Rwandans, devastating thousands of families. Our Change A Life Ambassador, Giles Duley, introduced us to one extraordinary survivor, a mother named Olive: After more than a decade of telling stories from conflict zones, I can honestly say I have never come across a story like Olive’s. No person has moved me more through her experience, suffering, and resilience. She is indeed one-of-a-kind. On the day the massacre started, Olive was in the hospital giving birth to her third child. Meanwhile, just a few miles away, militias attacked her village. They killed her two other children, her brothers, sisters, parents, and husband… everyone she knew and loved. Olive went through unthinkable challenges in the years that followed, but eventually returned home with her son. She adopted six young orphans from the genocide, settled near the village where her family was killed, and tried to rebuild their lives.However, Olive would often see the killers of her children and family in the village. It was unbearable. In the end, she realized that to live, she would have to forgive. So, in a gesture few of us could manage, she visited each of the killers and forgave them. Her compassion made an unforeseen impact: the men started to come to her house to help out by doing little jobs; fixing the roof, digging the garden, helping with crops. One evening, Olive heard a knock on the door. When she answered it, she found one of the men who’d killed her family standing in front of her. For a moment she froze. He explained that he had come to tell her where her family was buried. Olive and the other people from her village had never been able to bury their dead as the bodies were hidden. They were led to a mass grave where 350 bodies were found. After over 15 years, Olive and her neighbors could at last lay their loved ones to rest. In Olive’s words, “through forgiveness, we found peace.” Today, Olive is a vibrant member of her community, supporting her children by farming potatoes. However, this backbreaking work yields very little and most profits are lost to high land rents and other costs. She and the other surviving women in the village are determined to support themselves, but they need our help. They dream of creating a cooperative farm and market, so they can have economic freedom and help others in their community to thrive. Gishers, let’s make it happen! Your Mission Random Acts and GISH are joining forces to help these women, but we need your help. Our goal is to help provide a plot of farmland and the resources to establish a cooperative farm and market, so they can support their children and help their community thrive. Together, we can empower this incredible group of female genocide survivors, giving them a future where they control their own lives and destiny. DONATIONS ARE 100% TAX DEDUCTIBLE AND 100% OF THE DONATIONS GO TO THIS COMMUNITY (for countries other than the U.S., deductions are contingent on your laws).