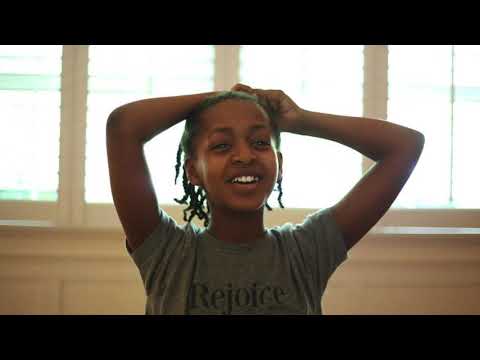 Girls Write Nashville is a Nashville, TN-based 501(c)(3) nonprofit with a mission to use songwriting and mentorship to empower middle and high school girls. In our 6-month programs, every girl works one-on-one with her very own mentor, shares her work in a “Guild” of her peers, and collaborates to record an original end-of-season professional-quality album.

But make no mistake, Girls Write Nashville is not just a music education program. We believe that empowered girls create big, beautiful lives for themselves. Songwriting, production, mentorship, and positive community are just the tools we use to increase self-esteem, build resilience, grow relational and communication skills, and drive better educational and life outcomes.

Magic happens when a girl hears her song recorded for the first time: She hears her own voice coming from those big professional studio speakers, and she realizes just how competent and powerful she really is. She feels supported by her mentor, but also knows that it is the results of her own hard work she is witnessing. She begins to imagine a bigger, more fulfilled life for herself.

She also sees the growth and strength of her peers, and in celebrating her own as well as her friends’ victories, realizes the powerful support of positive, safe community.

The results of this approach speak for themselves: 100% of girls in Title I (high poverty) schools who completed a season of Girls Write Nashville before applying to high school were admitted to a top arts or academic high school. ESL students report that songwriting in GWN enables them to truly communicate their inner thoughts and feelings in English. Parents reported that Girls Write Nashville “made a true difference in [their daughter’s] confidence and spirit.” Girls who participated in Girls Write Nashville for multiple years showed a marked increase in their willingness to try new things as well as an increased ability to advocate for themselves and their vision.

Started as a Metro Arts Council-funded community project in 2017, in Girls Write Nashville’s three years as a volunteer-led organization, we’ve grown from one group of 9 girls to serving 22 girls in three programs: an All-City Middle School Guild, All-City High School Guild, and a pilot Satellite Guild after-school program at McMurray Middle School. All programming is offered free of charge to participants with priority enrollment going to girls in Title I schools.

Looking forward to Season 4 in 2020, we’d like to up our game yet again. We’re looking to grow our budget enough to open new Satellite Guilds in other Title I middle schools, TRIPLE the amount of girls we can serve, start a spring break camp (many kids are left hungry without school lunches), and finally hire paid staff to support the programming expansion.

This is where you come in! We’re not people who ever sought to start a nonprofit. We’re female musicians, music educators, and active citizens who know what it’s like to be girls in the world. We had an idea we thought might help some kids, we tried it out, and we found out it really really works! So here we are: trying to make it work for as many kids as we possibly can reach. But we need your help. Every dollar, every big donation, every small donation, is a step toward helping a girl create that big, beautiful life she is meant to live.

The Girls Write Nashville community is thriving and ready to keep growing.

Will you join us?

A Community Thrives Tier 1 - Click Here for the Official Rules