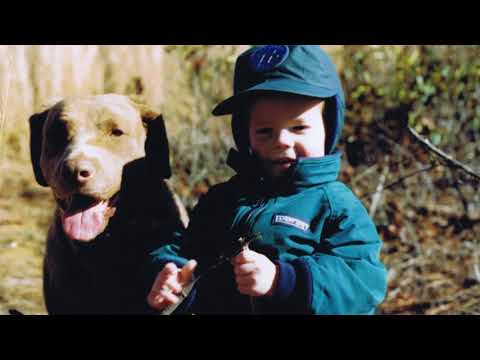 The Barnett Family has established the Garrett Reece Barnett Community Class Scholarship at Arrowmont School of Arts and Crafts in order to provide at least one adult and one children’s community class scholarship each year.

Speaking on behalf of the Family, Martha Barnett said, “We are very honored to create the Garrett Reece Barnett Memorial Scholarship at Arrowmont School of Arts and Crafts. Garrett found so much joy in learning and mastering the art of wood turning at Arrowmont. After excelling as a student, he volunteered his time to help teach others in community workshops and children's Saturday classes. Nothing gave Garrett more pride than giving one of his creations to a friend or family member. We know that Garrett would find joy in knowing that every year, someone in the community will be able to learn the same craft and experience that same pride as a result of this scholarship. Much of the initial funding was donated by our family and friends after Garrett's passing, and as a result we intend this scholarship to be fully endowed to perpetuity.”

Bill May, Arrowmont executive director said, “Garrett learned his craft at Arrowmont but he also gave back in many ways, including contributing several pieces of his artwork as donations to our auctions. But it was his energy, friendliness and generosity that were the gifts we value most. Garrett had a joy for life which he shared with all he met. Now, through the generosity of his family, many others will be able to have the experience of developing craft skills and finding joy in creative expression.”

About Garrett Born and raised in the Smoky Mountains, Garrett Barnett lived an adventurous, accomplished, and purposeful life with an outdoorsman's and craftsman's zeal. His passion for tackling challenges drove him to paddle whitewater rivers, walk the Appalachian Trail and eventually receive certifications as Wilderness First Responder, Swift Water Rescue, and firefighter. All this before he reached the age of 25.

Arrowmont played a vital role in Garrett's evolution as an avid, achievement-­oriented individual. When he met his first block of wood and a lathe as part of ArtReach in middle school, Garrett embraced the challenge and discovered a passion for wood and craft that led to an ongoing, long-term relationship with Arrowmont. He attended regular Saturday Morning Young Adult Classes in high school, Adult Evening Community Classes as a senior, and became a "peer mentor" assisting in the Saturday Morning Children's and Young Adult Classes throughout his years as a student at the University of Tennessee.

As Garrett progressed through each Arrowmont experience he grew as a craftsman. In high school he worked alongside students much older than him. He worked hard and excelled, amassing skills that exceeded his age. And he did so in such a way as to endear himself to those around him. When he accepted Arrowmont's invitation to become a "peer mentor" he enthusiastically shared his skills and excitement for woodturning by devoting his Saturdays in service to others. Garrett contributed several pieces of his artwork to Arrowmont. It was his energy, friendliness and generosity that were the constant gifts we value the most.

Garrett lost his life on duty as a park ranger while responding to an emergency call for help in a search and rescue. For those of us who knew his vitality, this was a reality hard to comprehend. As his obituary read, "he did not wait for life to happen, he chased it.'' For Arrowmont, Garrett's legacy is imbued in his personal traits - curiosity, joy, adventure and purpose. He represents all that we hope for as art educators. His experiences at Arrowmont enriched his life and came full circle as he used his skill and passion to inspire others. His impact on Arrowmont will continue to be felt and acknowledged though the establishment of the Garrett Reece Barnett Community Scholarship which will give local children and adults the opportunity to find creative expression.


Posted by Arrowmont School of Arts and Crafts

Arrowmont School of Arts and Crafts

Arrowmont School of Arts and Crafts