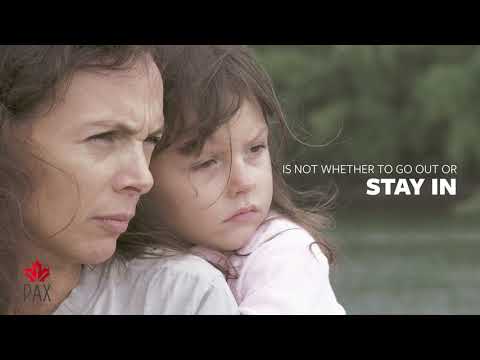 The creation of PAX, a restaurant/community hub/idea generator, will be a great step forward in the effort to stem the ever-growing divide between peoples. White-collar, blue-collar, no-collar, bank president, street hustler, single parent, ex-felon - all dining, conversing and sharing life lessons with each other. Look for great things to happen.

WHEN I was a little girl my mother told me of times after the war when hungry people would come to the kitchen door of her Toronto home,. My grandmother always invited them in to sit at her kitchen table. She would make food and sit with them while they ate. Sometimes they were men but often they were mothers, undone by the tragedy of war and desperate to feed their children. My grandmother would gather her own family then to sit with these little families in an effort to ease their hunger and the awful burden they bore.

SHE didn’t know it but my grandmother was also giving those hungry children more than a full belly because aside from getting enough to eat, research shows that children who sit at the family table do better in school and are more successful in life. There are more hungry families in Canada than is commonly recognized. Sitting at our own family tables, comfortably confident that there will always be food on it makes us the lucky ones. But 1 in 8 households in Canada are not as lucky. Food insecurity is reality for over 4 million Canadians. Forty three percent of these households include children. and 27 percent with both parents working. One and a quarter million Canadian children, live in homes that struggle to put food on the table.

OutlawEthics is the parent corporation that will secure start up funding for PAX.

PAX is a restaurant that will open in Toronto. We aim to change the dynamic for working poor families by inviting them to come, sit together at a table and be waited on with grace and dignity. PAX will follow the ethics of outlaws, taking from the rich to give to the poor. People who come to eat at PAX as regular paying customers will subsidize those who are unable to pay. PAX will serve between  2,000 - 2,,800 families per year. Two thousand hungry families fed and given hope through the simple act of sitting at a restaurant table, being waited on like everyone else. The children in these families will never again feel that they are undeserving and that food and respect are things other, more worthy people get.

WE need your help to open PAX. Inspired by my grandmother it is my unwavering belief that, together, we can leave the world a bit better. I hope you will consider making a donation to Outlaw Ethics. Twenty eight thousand families a year will breathe easier because we have lived.