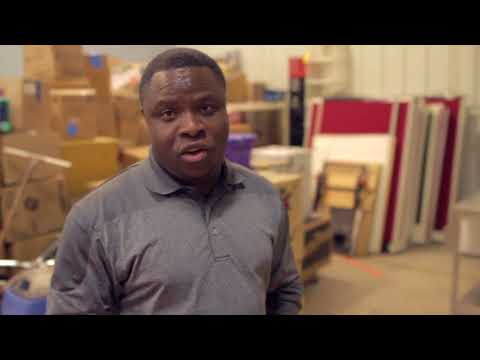 Feeding Hope and Visions in Liberia

John Kaykay is raising 1 Million US Dollars for the 501c(3) nonprofit organization, Nation of Visions, to empower Liberians to sustainably meet their  basic needs.

The organization has the potential to comprehensively address many of the physical and social deficits that have plagued the Liberian people for generations. For years, Liberians have suffered from many issues including poverty, poor hygiene and health, and malnutrition which has ultimately led to premature death. Nation of Visions aims to invest in the people of Liberia to overcome this epidemic by providing and promoting leadership, education, vocational skills training and job opportunities.

● Principle: At Nation of Visions, we believe everyone is born with a purpose and potential given by God. If we can inspire Liberians to uncover their purpose, equip their lives and invest in their potential; they can make their potential a reality.

● Past: Nation of Visions was birthed to bring solutions to the aforementioned issues in Liberia. Liberia was plagued by 14 years of civil war and the Ebola epidemic that took the lives of quarter of a million citizens and left many devastated, hopeless, and in a state of perpetual poverty.

● Present: Contaminated water, poor nutrition, lack of access to health services, inadequate education, poor housing conditions, mental stress and a host of other issues are the norm in the Nation of Liberia leading to the cycle of poverty.

● Proposed: Conferences, summits and workshops are held regularly to train Liberian citizen volunteers to become Nation of Visions Ambassadors. Ambassadors come from all walks of life and they are the catalyst of change in their respective families, communities and organizations. Nation of Visions inspires, equips and invests in individuals, communities and organizations to help move them from the place of poverty to a place of stability, prosperity and legacy.

● For providing food and basic necessities of the families.

● Entrepreneurial investment for individuals that have been equipped to sustain and improve their  lives/ and communities.

C) Recommendation to your network


Posted by Nation of Visions