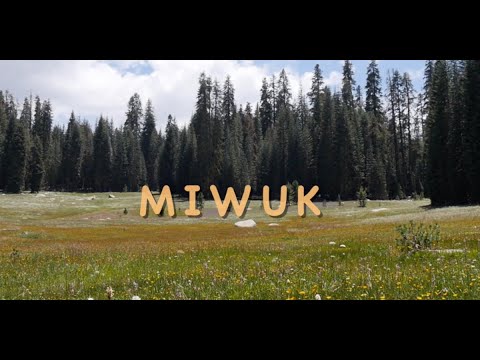  Self-determination and Sovereignty – The U.S. Supreme Court has long recognized that tribes have inherent sovereign authority to govern their internal affairs. Federal Acknowledgement would recognize the SSMN as a domestic sovereign government, and provide authority for the SSMN to manage their internal affairs, the United States promised in the treaties of 1851. In addition, Federal Acknowledgment would confirm the special trust relationship between the SSMN and federal agencies, including the National Park Service (NPS). The SSMN relationship with the NPS spans more than a century, encompassing the historic presence of Southern Sierra Miwuk villages in Yosemite National Park (including the recently reestablished Village of Wahhoga), consultations regarding cultural programs and the protection of SSMN cultural resources and traditional practices within the Park, and NPS employment of tribal members and consultation with the

SSMN on many of the Park’s planning and management documents. Federal Acknowledgement would significantly enhance and facilitate this interaction by establishing a formal government-to-government relationship.

SSMN sovereignty and self-determination has immeasurable intrinsic value, and Federal

Acknowledgement is the cornerstone of self-preservation and fulfillment of the dreams and efforts of our ancestors.

 Revenue Sharing Trust Fund (RSTF) – As a non-gaming, Federally Acknowledged tribe, the SSMN would be eligible to receive quarterly distributions from the RSTF created by the California gaming compacts. The annual distribution to each non-gaming tribe from the RSTF is $1,100,000. This would represent significant revenue to sustain the administration for the SSMN government.

 Health Services – Most SSMN members are HIS eligible beneficiaries as California Indians, as defined in the Indian Health Care Improvement Act, and the SSMN has served on the Board of the Mariposa, Amador, Calaveras, and Tuolumne (MACT) Indian Health Board, which delivers Indian Health Service(IHS) ), since 1974. However, Federal Acknowledgement would allow SSMN to serve on the governing board of MACT and to contract directly with the HIS under the Indian Self-Determination and Education Assistance Act (ISDEAA) to carry out programs that MACT may not currently provide.

 Indian Self-Determination and Education Assistance Act (ISDEAA) – With Federal Acknowledgement, the SSMN would be eligible to enter into contacts and agreements to manage federal Indian programs directly and to tailor those programs to meet the unique needs of the SSMN.

 Staffing – The SSMN has no money to pay for staff. All monies collected through its non-profit entity, the American Indian Council of Mariposa County, are dedicated to pursuit of Federal Acknowledgement, protection of cultural resources, efforts to preserve the Southern Sierra Miwuk language, continuation of tribal traditional ceremonies and practices, and provision of limited employment and other benefits to the tribal community. Most of the tribal effort is unpaid, volunteer work by tribal members and, to a significant extent, pro bono work by its attorneys. Funding such as the RSTF would create capacity for the SSMN to pursue grants and other funding streams available to Federally Acknowledged tribes.

 Environmental Protection and Infrastructure development – Federally Acknowledged Indian tribes are eligible to receive funding and assistance under the EPA Indian General Assistance Program. Additionally, USDA grants and loans are available to Federally Acknowledged tribes to provide for installation of water and sewer deliver and processing capabilities. SSMN would also be eligible to Department of Transportation programs such as the Tribal Transportation Program and the Tribal Transit Program.

 Protection of Cultural Sites, Traditional Gathering and Other Interest in Federal Lands – The SSMN are working hard to protect cultural and archeological sites, but all of this work is conducted by volunteers as the tribe receives no reimbursement. Federal Acknowledgement would provide them significant procedural rights under the national Historic Preservation Act and make them eligible for t a Tribal Heritage grant and provide funding for a Tribal Historic Preservation Officer. Federal Acknowledgement would also provide the SSMN with the protections and rights under the Native American Graves Repatriation Act regarding the inadvertent discovery or planned excavation of Native American cultural resources on federal or tribal lands.

 Housing – If Federally Acknowledged, the SSMN, would be eligible for grants under the Native American Housing and Self- Determination Act for decent, affordable housing.

 For more information regarding the SSMN’s history, its activities, its petition for federal

acknowledgment, and those person and entities who support its petition, please visit the SSMN website at: