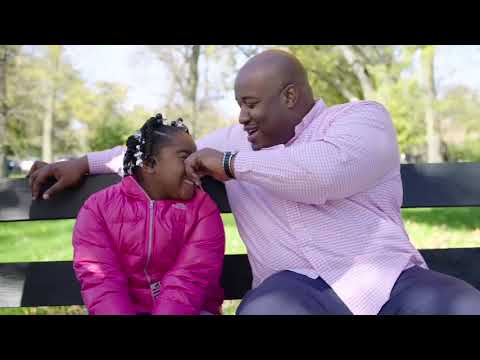 It has been a helluva few weeks and many of us can only imagine the exasperation, sadness, fear and exhaustion that our friends of color—particularly African American friends—have been experiencing.  I’m blessed to have more African American friends than almost any guy I know...BUT...in this case, it doesn’t mean a thing! I can’t feel that pain. Not. Even. Close.

Though the pain is uniquely African American...the movement for action and justice is not!  It is our obligation.  It’s humanity!

So, with Sunday being Father’s Day, I want to do something for fathers...and in particular for African American Dads.

I was lucky to have a great Dad, as well as many other father figures and role models—including my Grandfather’s (one of whom was a Chicago policeman), Uncles and the late Ron Davis, an African American Chicago policeman who remains my true north, aspirational example of a man, father and husband.  I wish everyone was as lucky as I was to have such wonderful men in their life.  But they aren’t!  And we ALL know it!

That said, we might not all know that in our own backyard, there is a wonderful organization called The Dovetail Project—founded and run by Sheldon Smith.  The DP has a mission of “giving young African American fathers-ages 17 to 24- the skills and support they need to be better fathers for their children and better men in their communities.”

Here’s a link to more information:

And, below is a donation link—and you can do as little...or as much as you want (I know some of you can do big numbers.) I invite you to join me in helping these young men develop the skill and ability to be the fathers or father figures that that were so important to many of us.  Moreover, I encourage you to reach out directly to Sheldon and talk about being engaged beyond this specific /

Please feel free to forward/repost and Spread the Love!