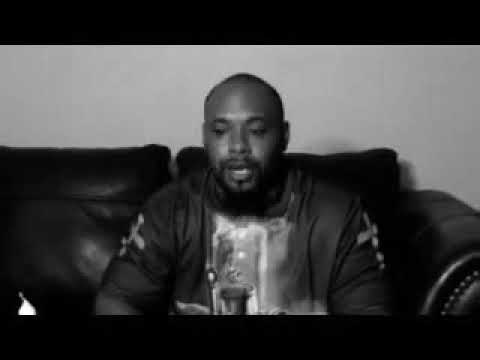 evolvUP - Be Part of the Solution

Raised by 5 people in 11 months

evolvUP. is a non-profit program designed to help  lift people out of the cycle of poverty.

Economic inequality means that not everyone has the same access to success as everyone else.  There are talented and intelligent people in the world that could be making a real difference, but aren't in a position to do anything about it.

They're stuck, and don't have the resources, support, or experience to get unstuck.

Our program uses the strengths of the individual to provide a more clear path forward.  Each member will also become  a part of a support system of like-minded people with similar goals.

Our program is a combination of technology, cognitive-behavioral therapy philosophies, and peer support and accountability.

Please join us in creating a solution to a systemic problem.

See the story below to read the story of Gary, one of the founders of evolvUP. or watch his video:

"My name is Gary Ross-Mitchelle, one of the founders of evolvUP.  Correct spelling is "Mitchell" but due to my father's crack cocaine addiction he misspelled his own families last name on my birth certificate. This is why I have an E at the end of my last name but nobody else in my family does. I was raised on "The East Side" of Denver, Colorado not far from the legendary "Five Points" neighborhood. All my life I was raised in low income housing and around other kids in the same or worse predicament. I was raised in the hood, loved being in the hood, and never wanted to leave the hood. My mother raised me because my father was in three places my whole life. Jail, streets, or just not around. I grew up in a home with domestic violence, drug and alcohol addictions, gang member relatives, and constant disagreements. I was disrespectful, disobedient, & violent. I was very intelligent but at the same time a walking nightmare! I started smoking cigarettes at the age of 8, weed at 9, drinking at 11, having sex at 12. I started to turn into a product of my environment and had my first run in with the police at the age of 12.

Living in the hood with no guidance pushed me towards gang banging at 13 years old. The streets became my family and life after that. I instantly became a strong force and rose in ranking very quickly. Six months after joining the gang for aggravated robbery & weapon's possession I ended up in juvenile jail. I was an accomplice by being the look out but ended up getting caught with the weapon as well. This broke my mother's heart but I only cared about how I looked to my boys cause in their eyes I was a "G" and had "street credibility". I attended school but eventually dropped out cause I had no interest for it. I started smoking weed daily, drinking more, and selling drugs to keep money in my pocket. I eventually did 2 years in a treatment facility for my addictions.

A year after my release from the treatment facility (which I learned nothing from) I violated juvinile probation and was sent back to jail. I was 15 years old at this time and had a son on the way. While in jail I turned my life over to God and started striving for another option in my life. I got sentenced to 2 years by due to a paperwork mistake, they released me...three days before my son was born. A year later I landed myself back to jail for another weapon's possession after my rivals did a drive by shooting on my mom's home. I was out of my sons life like my father was out of mines. I ended up in R.O.P (Rite Of Passage) for another 2 year juvinile conviction. While in R.O.P I learned my own physical strength, gained control of my anger, learned I could lead in a positive manner, accountability, and became a big brother to many other peers. I still had a lot of self work to do from childhood trauma but I was willing with the help of good mentors mentors. Once I found, loved, and believed in myself, I excelled in the program. Upon coming home I was a better person than when I went in. I had goals, plans, and a future I could see for me and my child. I completed juvinile parole in six months, but I came back home to same friends and same environment (I was taken from the mud and washed to be placed back in the same mud that had me dirty in the first place). This was again a downfall for me cause I not only started carrying weapon's again, gang banging again, and selling drugs again, I was also selling the weapon's now.

I was failing in life and as a father. I was repeating the cycle that I saw because I was in the streets, jail, and with women more than I was with my own son. I was only off of juvenile parole for four months before I ended up on adult probation for yet again getting stopped, frisked, and caught with a weapon. I decided to apply for college to once again try and straighten out my life. I was doing awsome with a 4.2GPA. Never knew it was possible and I ended up becoming a great speaker, thinker, and team worker from class assignments. A while after attending college I got shot in the back of my head on memorial day in the same neighborhood I was raised up in. The vehicle I was in was mistaken for a gang rivals. By the grace of God I'm still here today. While on adult probation I violated by moving away but didn't inform my probation officer of my change of address. This landed me back in jail and in the department of corrections (D.O.C). After dealing with D.O.C and parole I got tired of the repeated cycle of going nowhere in my life. I realized that I was a hypocrite cause I always said I would never be nothing like my father, but I was exactly like him. I got tired of missing my son and him not knowing me. I got tired of the streets and getting no where with them. I got tired of the women and not finding happiness in them. I got tired of failing myself as well as my family. I decided to take control back over Gary and my life.

I remembered all my strengths and weakness  and stopped trying to be the ruler over my life and gave all my trials, worries, struggles, insecurities, and doubts to God. I humbled myself and dug into the God given gifts I have. I used my people skills and personality to help people daily. I used my loyalty to be dependable in a career I would love doing. I used my leadership qualities to run work crews, groups, and become a strong father. I used my life experiences for motivational speaking. My creativity makes me an out the box thinker. My problem solving skills makes me an advisor to come to. My loving heart has me an awesome husband. I am where I am today because of God and being able to recognize myself.  It had to first start with believing that I was worth everything that they said someone with my upbringing wasn't capable of. I had to want better for myself and separate from people who weren't like-minded. I had to break every misguided culture teaching I knew and I had to love people and every race. I had to renew my mind and break the worldly chains that were attached to my mental. I had to find me , Gary, and not what they wanted me to be or what they said I couldn't be. Today I walk out in public with my head high cause I've let go of my failures and hold on to my current accomplishments. I still learn new strengths about myself daily but the beautiful thing about it is I use it for mines and other people's good."

Raised by 5 people in 11 months