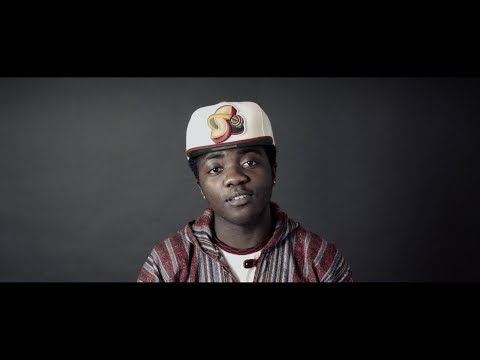 "ENOUGH." IS A FILM ON A MISSION

What began as a teenager writing a song at summer camp is now a rallying cry for millions in this 2021 Oscar-Qualifying hip hop film. The nation is ready to heal, and "enough." is one of the most relevant films for inciting the difficult conversations in America surrounding race, vulnerability, and our shared humanity in the face of media-driven dehumanization. As the film gains momentum, we ask all who have been moved by its message to help support us in our Oscar campaign for Best Live-Action Short, and bring the power of Nate's story to every corner of our polarized nation.

In 2016, Nathan Nzanga attended Prodigy Camp for the first time and wrote a song called "TRUCE," which held within it a titanic message about the search for love in the face of racial conflict and police brutality. It was Nate's first ever track, and received millions of streams across the internet. Four years later, while recording in Chicago in the wake of George Floyd's death, Nate wrote a sequel. The new song, "ENOUGH", is like a lightning bolt to the heart, the evolution of TRUCE's cry for love into a righteous pain over collective apathy and inaction.

Inspired by Nate's vulnerability and courageous storytelling, the Prodigy Camp community banded together to do what we do best: tell our most personal and difficult stories, and elevate his art with the short film "enough".

Now is your chance to help amplify Nate’s message.

Thanks to the support of friends, donors, and tireless volunteers, we reached our original goal of 20K with an entire volunteer crew and frugal spending. Now that the film has made it over the finish line: a $100,000+ world-class piece of cinema produced for a fraction of the cost, it has the potential to be more than we could have imagined.

Your energy has fueled us this far, and we ask that you help us take this even further. Continue to spread the word to help with funding the film's promotion. Let's make sure the world sees this!

Enable Nzanga and Slain to submit the film to every top film festival in the world, as well as cover legal fees, website creation, poster design, and funds to finish Nate's album

The above plus support Nzanga and Slain's travel to key festivals, participation in festival panels, and hiring a PR team for a continued strategy plan

The above plus allow Nzanga and Slain to collaborate with professionals to support an expanded outreach plan, which will position the film in front of critical audiences, thus furthering the conversation and audience impact around race relations

The above plus allow Nzanga and Slain to develop "enough. LABS" to further their exploration of social issues through art — building activism, community outreach, engagement, and publicity that will ensure "enough.” has a measurable impact on the American dialogue around race, policing, empathy and rehumanization

***All donations are tax deductible***

***All donors above $2000 will be credited as Associate Producers***

***All donors will be thanked in online release credits before 1/15/2021. For later donors, we will update the credits before our world festival premiere and in syndicated copies of film.***