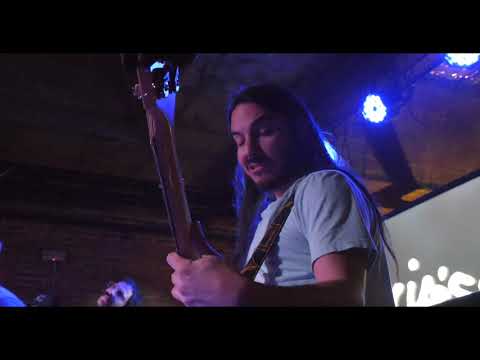 Over the past ten years, I have been privileged to work in various positions within the fields of special needs and education, working as a behavior therapist, a teacher, and a job coach with many different clients. Simultaneously, I had the good fortune of growing up surrounded by musicians and live music, performing and attending concerts from a very young age.

From the very beginning of my adulthood, I felt very blessed to be a part of both the special needs community and that of an incredibly talented and kindhearted group of musicians, both of which were enormous sources of growth and joy through my most formative years.

For many years, these aspects of my life remained separate, but I was constantly looking for opportunities to bring these communities together in a meaningful way. In 2016, while working as a job coach, I was given the idea to do so by one of my clients.

I supported Mike at his job three times a week for a few hours at a time, so we got to know each other very well over the year or so I worked with him. We spoke a lot about music, and one day I invited him to a concert that I would be performing at near where he lived. I noticed the excitement on his face and then listened as he politely declined. He proceeded to tell me that he wished he could go to a concert, but he had never gone to one before.

“You have NEVER been to a concert before?,” I asked him in disbelief.

“I have seen people play music before, but I’ve never been to a concert like the ones YOU go to,” he replied.

I realized in that moment what a privilege it had been to regularly experience live music in the way I had grown accustomed to throughout my life, and how many people did not have access to those same types of experiences -- concerts were typically held late at night in very loud and crowded environments, and most concerts that happened during the day were designed for children. I instantly wanted to create a show that adapted the traditional concert experience to be more inclusive and accessible to a wider audience.

As a musician, I simultaneously saw an opportunity to spread joy and to give back to the community by doing the thing that I love the most - playing music with all of my friends. And as I further considered what it meant to make a show "inclusive", I realized that we could extend that concept beyond who we invite to the show, and apply it to who performs, giving people that do not have the privilege of performing in front of an audience the ability to do so. I thought of many of my talented friends and clients that were not in bands, and pictured a setting that could make that happen - an environment that included everyone, both on stage and in the audience.

This is where the idea Especially Everyone began.

HOW WE HAVE GROWN

Over the past year and a half, Especially Everyone has grown from a spark of an idea into a collection of like-minded, hard-working and passionate people, each one contributing something unique to the team to make this project what it is today.

These people include my good friends, Jon Schmarak and Nick Corriero, who have joined me in running the day-to-day operations and offer their unique perspectives and expertise to all of the decisions and planning for each event.

We have also partnered with Inclusion Festival, the country's first and only sensory friendly music festival, who run the sensory/break area and lead the audience in many of the interactive components of our performances.

Finally, our newest partnership with Accessible Festivals, an organization that makes live music and recreational events accessible to people with disabilities all over the country, has allowed us to operate as a nonprofit organization under the direction and mentorship of an established entity with a common mission.

These partnerships combined with the members of the Especially Everyone Ensemble, our special guest performers, and all of our family and friends that generously support our cause through donations of time, skills and funds, have all played a major part in creating the culture that has become Especially Everyone.

Our goal of $35,000 is for the entire year of 2020. This number is calculated to include six large productions, and several other smaller performances throughout the year.

All donations will go directly towards making each of these shows possible. This includes paying all of the musicians, production staff, and employees of the organization; paying for all the materials we use at the performances (i.e. sensory equipment, props, snacks, etc.); and for the promotion/marketing for each of the events.

In addition, Especially Everyone has set a goal to create employment opportunities for 50 people with special needs in 2020. Your donations will help us do this as well.

WHAT YOUR SUPPORT MEANS TO US

By making a donation to Especially Everyone, you are bringing people of all backgrounds and abilities together at a time when we, as a diverse and often divided society, need it the more than ever.

Through the power and love of music, you are encouraging an inclusive atmosphere that extends well beyond the event and into each of our lives.

Every dollar that is donated will assist in making these events successful and more frequent.

Thank you for becoming a part of Especially Everyone, and for allowing us the privilege of facilitating these experiences.