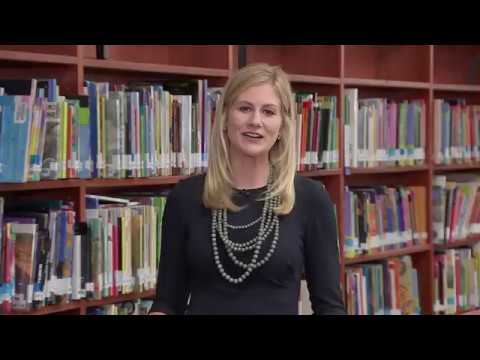 Counting is a universal language, but it can become an addiction when you have an intense fear of weight gain. You count your calories, the hundreds of laxatives you’ve taken in a week, and the number on the scale dictates whether or not you feel worthy enough to eat.

Eating disorders have the highest mortality rate of any mental illness, however, if those suffering get the appropriate treatment within a reasonable time it’s treatable.

The longer an eating disorder goes untreated, the more advanced it is likely to become and the more difficult it will be to treat.

Reel Stories. Real People., Inc., a 501 (c) (3) charitable nonprofit organization, has completed the script for a narrative educational film and guided curriculum on eating disorders to be used in public health classrooms nationwide. This film entitled Empty, along with the guided curriculum, will be provided free-of-charge to institutes of higher education.

Prevention programs like the one created by Reel Stories. Real People., Inc., can reach a student before the full-blown onset of symptoms.

The enhancement resources also provide students with positive reinforcement to encourage them to improve their overall thoughts on their body.

Our school-based prevention program will highlight the prevalence of eating disorders within the adolescent population. In addition, the film and curriculum will emphasize some of the reasons why these disorders arise in individuals and why there is a cause for concern. Furthermore, this curriculum will analyze the populations affected by these disorders and will shed light on the biological, psychological, and sociological features of the individuals affected and the influence of social media on body image.

Research shows at least 30 million Americans suffer from an eating disorder (Hudson, J.I., Hiripi, E., Pope, H.G., & Kessler, R.C., 2007). Unfortunately, every single day, at least 23 people will die as a direct result of this mental illness. That’s more than two-dozen families each day planning funeral arrangements because their loved one lost their battle against this insidious illness.

Money allocated to Reel Stories. Real People., Inc. will allow us to educate, inform, and train students who are at-risk of developing an eating disorder.

People in our communities, who we’ve known for years, may be secretly suffering from this internal battle. If we don’t face the realities, we may lose them.

To stop it, we have to act now and do something immediately.

We ask you to consider granting Reel Stories. Real People., Inc. $200,000 as we work towards filming and distributing an educational film and guided curriculum that will have a positive and formative effect on the future of public health classrooms nationwide.

Reel Stories. Real People, Inc. was initially conceived in Jacksonville, Florida from the idea that people become better learners when the content is crafted in a manner that imparts a story. The organization began when our founder, Kaitlyn Chana—a television news reporter—was asked to share the story of her personal struggle to overcome three separate eating disorders. At the end of the discussion, local community members approached her to learn more about a topic that’s claiming the lives of thousands of people annually.

This moment would act as Reel Stories. Real People., Inc.’s call to action: we would tell real stories about real people.

Our mission is to use digital media that advocates for an open dialogue through stories that inspire and educate the public on topics that are not typically showcased in traditional news media. This platform of storytelling allows our organization to give nonprofits, educational institutes, and people associated with a positive cause a voice to explain the purpose of what they’re doing for the betterment of society. Through our video-based stories, we have become an organization helping to pioneer a platform of positive and educational content.

In a full revolution, Reel Stories. Real People., Inc. came to the realization that our mission started with a simple story about eating disorders, and that mission would remain incomplete until we could use storytelling to broaden the discussion surrounding mental health. Most textbooks don’t go into depth about the debilitating illness. In order to address this issue, we undertook the writing of a narrative film and guided curriculum to be used in public health classrooms nationwide. This educational film will introduce students to three eating disorders that are plaguing our country: anorexia nervosa, bulimia nervosa, and binge eating disorder.