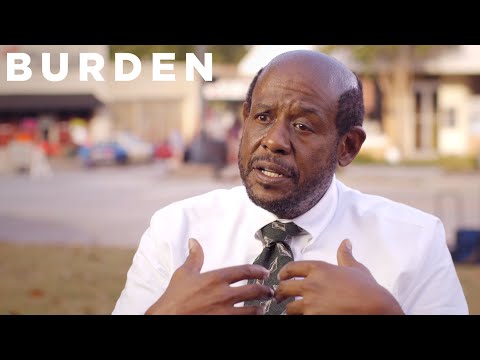 Rehab Hate: Transform a KKK Museum into a Community and Diversity Center!

Become a Founding Member of The Echo Project today!

The first 2500 Founding Members will be listed on a plaque in the newly renovated center. Stand strong against hate, and join us!

The Redneck Shop was the most famous white supremacist store in America.

Opening in 1996, the store sold Confederate memorabilia, Ku Klux Klan robes, and served as a meeting place for Klansmen, Neo-Nazis, and other white supremacist organizations.

As told in the new film BURDEN, Reverend David Kennedy, a black Baptist Minister and Civil Rights activist, took in Michael Burden Jr., a former Klansmen who lived at the store. In the ultimate act of forgiveness, Burden was given a home, food for his family, and a place to worship. As a token of thanks, Burden sold Reverend Kennedy partial ownership of the Redneck Shop. After a long legal battle, it was ruled that rightful ownership of the property was held by Reverend Kennedy and The New Beginning Missionary Baptist Church, with The Redneck Shop finally closing in 2012.

This saga has been covered in numerous outlets over the years, including an ABC Primetime Special in the 1990s, along with coverage in The Washington Post, The Los Angeles Times, and The New York Times.

Your help is urgently needed.

Currently, the building sits dilapidated and abandoned, still containing remnants of its past tenant. There are Klan recruitment cards scattered around the main floor, Klan robe order forms still tacked up, and a floor-to-ceiling Swastika mural, left over from the 2006-2012 use of the property by members of the American Nazi Party.

These visceral reminders of the building’s not-so-distant past only work to strengthen our resolve to finally create lasting change in Laurens, South Carolina.

Your donation helps us begin the process of renovating The Redneck Shop into a community and diversity center.

Reverend Kennedy’s action 23 years ago — in showing grace to the seemingly unforgivable, yet standing defiant in the face of injustice — is something we will emulate in our grand plan for the Echo Theater.

We are proud to be starting The Echo Project: an organization we’re launching in coordination with Reverend Kennedy and the New Beginning Missionary Baptist Church family. We are focused on breathing new life into the former Redneck Shop: changing it for the better, and creating a beacon of hope in Laurens, South Carolina.

When the fundraising and the rehabilitation of this property is complete, that is when we’ll start the hard work of a center like this -- pursuing our goal of fostering community dialogue and reconciliation, of celebrating diversity in our community, and of helping to educate the next generation.

Soon, we’ll build a space which will help mold and grow the future leaders of this community and South Carolina as a whole.

We finally have the opportunity to redefine the story of this space into one of resiliency, justice, and hope. We hope that with your support, we can make this long standing dream a reality. Hallelujah up there!

You can make a difference today by donating.