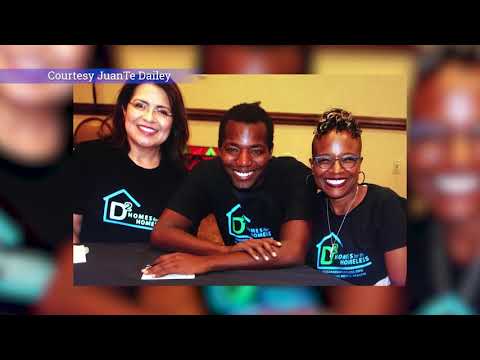 In 2018, my son was denied temporary shelter from a private agency over a $40 income shortfall.  The agency had housing inventory available at the time but denied my request to supply the missing $40 on behalf of my son.  After he was denied housing, my son became homeless, and he began living from his car in a park.  I learned from interviewing his homeless neighbors that many people are one step away from homelessness.  Many lost housing due to the end of a relationship or employment.  These are life events that can happen to anyone!  These individuals learned the hard way when the lack of affordable housing made it impossible for them to maintain their housing status after a financially devastating event.  Several of the homeless people I interviewed maintained employment while living in the park.  I will never forget meeting a homeless mother and daughter. The daughter was catching the bus to school while sleeping in the park at night. This scenario should not be acceptable to anyone in a country with as much wealth as the US.  I met many homeless Veterans, and still have a problem with a society that allows anyone to live on the streets (unless by choice), that fought for this country.

My son’s experience opened my eyes to the dual mental health and homelessness crisis.  When he was diagnosed with Schizophrenia in 2010, the doctors said he would never work again.  Even with that prognosis, we were denied social security four times.  On the last appeal, the judge said as long as he could push a broom, he could work. I'm not quite sure pushing a broom would have paid for housing, even back then.  My son worked hard for his recovery, and wrote his own ending into independence!  He went on to work as a Mental Health Case Manager for six years and eventually returned to college to complete his degree.  He then had a relapse due to a relationship crisis that exacerbated his schizophrenia.  After all that good hard work, he ended up falling through a $40 crack in the system into homelessness.

The stigma surrounding mental health and homelessness is intense.  Still, I learned from my son's personal experience that mental illness does not have to stop a person from being successful.  I learned recovery is possible, but housing stability and support during setbacks is a crucial building block for recovery to be achieved and maintained.  The hard work to achieve independence can become a liability for those with Serious Mental Illness (SMI), like my son. Caught in the gap, they are too high functioning to qualify for state assistance, but not self-sufficient enough to remain afloat during a crisis.  In order to fill the need for more housing support for people like my son, I quit my part-time job (I still work full time) and founded Dsquared Homes for the Homeless in 2019.

What's different about us is our focus: The primary mission of Dsquared is to fill in the gap where there is a lack of resources to prevent homelessness for people experiencing SMI during a temporary setback.  An individual willing to leave the comfort zone of government assistance to remain a productive member of society is an asset, and the answer to homelessness is prevention. Based on today's economy, it just makes sense to support those individuals willing to invest in themselves by standing on their own two feet.  Requiring someone to lapse into homelessness before they're eligible for assistance is a costly mistake that is evident on every street corner.

In order to fill in the cracks in the system like the one my son fell into, I created the Gap Program.  It will be managed by Mental Health professionals and begin preventing homelessness once we receive twenty thousand dollars in donations. Our program does not depend on government assistance.  We need partners in the community, and there is enough wealth in this country to make this happen.

Our other initiatives and plans include supporting the chronically homeless with basic living necessities through our Volunteen Outreach Mission, building a green tiny home community of transitional housing, the creation of affordable and environmentally sustainable permanent housing in Phoenix, and attracting investment capital to generate radically affordable housing on a massive scale.  We plan to do this by offering a home design that enables investors to earn typical real estate market ROIs through buy-and-hold investments in energy-efficient affordable housing.

Our overall goal is to reframe mental health by minimizing the stigma surrounding mental health and homelessness. A by-product of our efforts will be strengthening the economy by preventing homelessness and returning individuals to a life of purpose. Our 501(c)(3) has committed volunteers to make this happen.  All we need is the funding.  Your donations and referrals are sincerely appreciated! #SmallBusinessRelief


Posted by Dsquared Homes for the Homeless

Dsquared Homes for the Homeless

Dsquared Homes for the Homeless