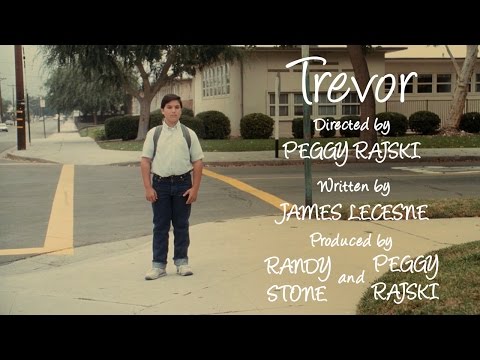 “Be who you needed when you were younger.”

As Americans, we have been afforded great privileges, far more than most countries. However, growing up in America can be difficult. The adversities and hardships we face can be different. A lack of face-to-face communication, combined with the influences of social media and constant connectivity to a false reality are added stresses our culture has never experienced. In the last 50 years, there has been great progress of acceptance for lifestyles outside of the norm. Sexuality, gender, race and religion are just some of the realities that are quickly discriminated against. Often times, our LGBTQ+ youth fear acceptance of their sexuality or gender.

There is a pressure to “fit in” to what is known and widely accepted. This pressure is hard to understand and manage, often times resulting in not being true to yourself or to others around you. The mental strain and stress can be daunting and will preoccupy one’s thoughts.

In many instances, mental health is not always discussed. While more and more people are open to discussing mental health, there is still disconnect, especially for those struggling with their sexual orientation and desire to “fit in.” Unfortunately, the end result is suicide. This can be prevented. We need to have open, honest conversations about what mental health is, what it looks like, and how we can help.

Suicide is the only cause of death that can prevented.

- In 10-24 year olds, suicide is the second leading cause of death.

- 1 out of 6 high school students have seriously considered suicide.

Not everyone has someone to turn to when they need it most, but that shouldn’t stop someone from being able to see the resources they need to continue on with a healthy, productive life.

Not everyone has someone they can rely on but there are resources available. Resources that help the LGBTQ+ youth lead a productive, mentally healthy life.

Founded in 1998 by the creators of the Academy Award®-winning short film TREVOR, The Trevor Project is the leading national organization providing crisis intervention and suicide prevention services to lesbian, gay, bisexual, transgender, queer & questioning (LGBTQ) young people under 25. Since its establishment, hundreds of thousands of young people in crisis have reached out to The Trevor Project’s multiple in-person and online life-saving, life-affirming resources.

As part of the #dothirty challenge, I will be meditating each day in July for mental health. I am asking you to follow and support me on this journey. There are several ways to get involved but the easiest is making a donation to the Trevor Project. All money raised for the Trevor Project #dothirty challenge will go to funding suicide prevention trainings and community resources. This will provide youth with the necessary resources and support when they need it the most.

We can make a difference in youth’s lives, ensuring they each have the support for a better future. It’s a great opportunity to be that person who you needed when you were younger.

Donations in any size, large or small, will positively impact the life of our LGBTQ+ youth. The resources provided by the Trevor Project offer tomorrow’s leaders the support they need to grow up in America, accepting and being accepted for who they are. Collectively, we can change the world one day at a time.

#dothirty is a movement we genuinely believe has the potential to change the world, and we’re committed to figuring out how. Over the month of July we’re hosting a 30-day challenge to learn from our community, and we sincerely hope you’ll follow along and be inspired to register for your future challenge.