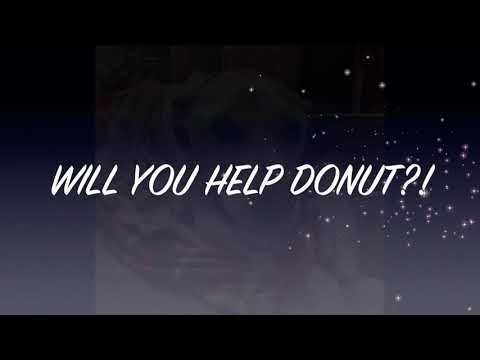 Raised by 6 people in 8 months

Donut's in severe pain from a herniated disc. He has good, and not so good days. Donut urgently needs an MRI and disc surgery. That's on top of the several vet visits, x-rays, and pain medication he's been on since early 2020. In all, Donut's vet bills will total about 9,000.00.

Donut is a 10-year-old Great Dane mix. In 2010, Donut's mom was rescued by a homeless family in Los Angeles living in an RV. She was pregnant.  He was a happy baby. Pacific Coast Dog Rescue asked the family to surrender Donut when he was a puppy. But the family didn't want to give him up because they didn't want him to get neutered. Ten months later, the family dumped him at a public shelter. He acted withdrawn and laid trembling in his cage.

Pacific Coast Dog Rescue found out about Donut on the day he was scheduled to be euthanized at the dog pound.  We had to obtain a special permit to save Donut’s life. He was deemed “dangerous.” In reality, Donut was 90-pounds of frazzled nerves. He was an emotional mess terrified of everything.

Even once in our care, it took him years to relax. But eventually, he started trusting us. The happy puppy had become an aggressive monster, and he was very difficult to place. He suffered food insecurity and was unkind to other dogs. He was unable to be adopted unless he would be the only dog at home, which obviously narrowed the application pool for Donut.

Ten years passed and Donut never left our kennel.  He’s always received kind and loving attention, plenty of walks, and alone time on the yard to play ball without fighting with other dogs. He’s always been in great shape! But in early 2020, he suddenly began losing weight and having back pain. Immediately, we took Donut to see specialists, which has been very expensive. But we always felt Donut was worth it! Then, two miracles happened: He began gaining weight and he found a loving foster home.

For the first time in his life, Donut sleeps inside the house and any one of his comfy beds. He has toys, sweaters, and booties to help him walk. Donut loves chasing the ball, getting belly rubs, and giving kisses! But his favorite pastimes are snacking on almonds and chicken jerky. Cheddar cheese is his absoluate favorite!

But he’s still in excruciating pain and is on two medications to keep him comfortable. We love this boy and want him to feel the love he's never had. It all starts with correcting his back pain. Will you please help Donut get the surgery he needs?

Raised by 6 people in 8 months