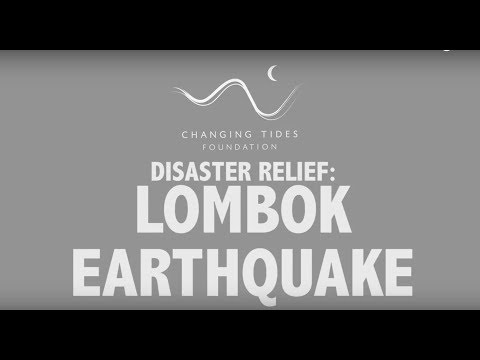 Raised by 47 people in 1 month

On July 29, 2018, a 6.4 magnitutde earthquake rocked the northern part of Lombok Island, West Nusa Tenggara Province in Indonesia. On August 5, a even stronger 6.9 magnitude earthquake shook the same area and 4 days later another 6.2 hit. There have been at least 543 aftershocks since then. The number of casualties being reported is at 470, but with hundreds of people still unaccounted for, it is believed that the number of casulaties will shoot up into the thousands. In addition, over 350,000 people have been displaced from their homes.

Our sources have shared that within the impact radius, between 85%-95% of structures are either completely destroyed or uninhabitable, forcing communities to form camps, held together by ropes and tarps. These camps are without food or water, sanitation or medical attention.

At this time, the Indonesian government has not called for international aid, so our mission is to support the teams that are currently on the ground, day in and day out, saving lives.

We have been working closely with YachtAid Global & Yayasan Project Karma Indonesia (@project.karma) to mobilize information and resources to Project Karma's relief efforts on the ground. 100% of funds raised will go directly to Project Karma and their ongoing efforts on the ground in Northern Lombok to create evacuation centers which will provide proper medical attention, sanitation, provide clean water, food, clothing, shelter and other supplies necessary to ensure the safety of those affected.

Every dollar make a difference!

Raised by 47 people in 1 month