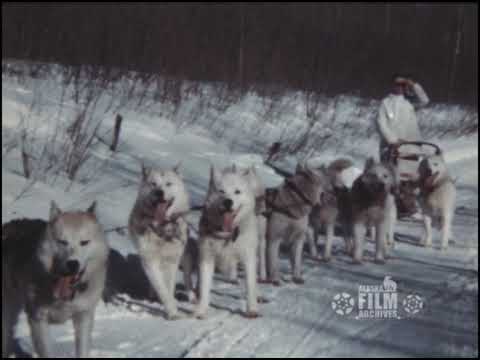 Create a statue to honor Togo, the famous sled dog, at Poland Spring

Let's get Togo the recognition he deserves!

Poland Spring, Maine is where he  retired and passed at 16 years old! So it's only right to honor him and his  spirit there!  Togo retired in Poland Spring, Maine, where he was euthanized on December 5, 1929 at 16 years old. The headline in The New York Sun Times  the next day was "Dog Hero Rides to His Death" (Salisbury &  Salisbury, 2003), and he was eulogized in many other papers. After his  death, Seppala had him custom mounted. The mounted skin was on display  at the Shelburne Museum in Shelburne Vermont. Alaskan students started a  letter campaign to return Togo to Alaska. Today the mounted skin is on  display in a glass case at the Iditarod Trail Sled Dog Race Headquarters  museum in Wasilla, Alaska. The Peabody Museum of Natural History at Yale University has his skeleton in their collection

We are  currently searching and contacting local sculptors  around Maine to be a part of this project as well.

If you don't know the story of Togo... you might watch the new movie Togo or  visit our musuem at the Maine State Building on the grounds of the Poland Spring Resort, Poland Spring, Maine.

TOGO  was the lead sled dog of Leonhard Seppala. Seppala was a Norwegian breeder and racer of Siberian huskies from the Chukchi Inuit stock of Siberia. Togo was dark brown with cream, black and gray markings. He had ice blue eyes and weighed about 48 pounds at maturity. Togo refused to be parted from Seppala and his teams and later escaped his adoptee’s home by jumping through a window. A troublesome and mischievous puppy, Togo harassed Seppala’s teams when he was harnessing up a team or whenever they were on a trail. To keep him calm, Seppala harnessed Togo in one of the wheel position directly in front of the sled. Through his journey to take a miner to Dime Creek, Seppala moved Togo up the line until he was sharing the lead position with the lead dog, named Russky. During his first day in the harness, Togo ran over 75 miles, a distance unheard of for an inexperienced young sled dog.

By the time Togo led his team over 261 miles during the Great Race of Mercy to deliver diphtheria anti-toxin, he was 12 years old. Though Balto received the credit for saving the town, to those who know more than the Disney story, Balto is considered the backup dog. Balto ran 55 miles, while Togo’s leg of the journey was the longest and most dangerous.

Togo retired in Poland Spring, Maine, The Seppala Kennels partnership of Leonhard Seppala and Elizabeth M. Ricker began shortly after the Poland Spring dog-sled race of 1927 and lasted approximately until Ricker married Kaare Nansen in 1931 and left for Norway. This partnership, the Poland Spring Kennels, short-lived though it was crucial to the history of the Seppala lineage and the Seppala Siberian Sled-dog. Although the kennel population was at times as high as 160 dogs, only eight animals in total were ever A.K.C. Registered.

What Makes Togo an American Hero? Despite rough beginnings, Togo saved the lives of thousands of people. In 1960, Seppala said that “I never had a better dog than Togo. His stamina, loyalty and intelligence could not be improved upon. Togo was the best dog that ever traveled the Alaska trail.”