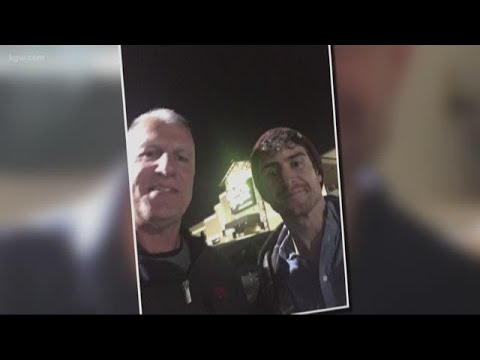 We  are bridging  the Gap between a  Veteran's need for immediate  help during dire circumstances  and the existing Veteran Resources  inability to quickly respond with services,  programs, and solutions at the Federal, State,  and County levels due to the unavoidable lead-times,  policies, and procedures in place. The Gap has long been  an acknowledged and constant obstacle Veterans face in their time  of crisis and need for help.   The  Cpl. Diffie  Veterans  Fund  was established  in 2019 through a  partnership developed  between the Milwaukie Police  Department 's Veteran Resource Team  and the Milwaukie American Legion Post  180. The sole purpose of the Cpl. Diffie  Veterans Fund is  to address the GAP by providing  Veterans or their immediate family members with   emergency assistance in their time of need until resources  at the Federal, State or County level can respond with services  and long term solutions.

ACKNOWLEDGMENT  OF THE GAP:

In  2017,  a Milwaukie  Police Officer  witnessed first-hand  this troublesome Gap   after meeting Milwaukie  resident, Samuel Diffie. That  officer would learn Samuel was  a U.S. Marine Corps Veteran, who  had served two combat tours in Afghanistan.  Samuel had housing and medical needs that the  existing Veteran resources could not address and  resolve quickly enough. Thankfully, Samuel had a loving  family and new found friend and advocate at the police department  to help support and assist him through the process. However, police recognized   Samuel's case was not unique, and it revealed a desperate need for emergency  funds to help Veterans in the community who are facing dire circumstances, and  who are finding themselves stuck in the Gap, waiting for the resources they have earned  and qualify for to be approved and provided.   *More  about Samuel  and the fund below  the Commander’s Message  and Testimonials

“Since 1919, the American Legion has been dedicated to advocating and assisting veterans in getting the support and benefits they have earned and deserve for their honorable service to our country. The Milwaukie Police Department’s Veteran Resource Team approached the Milwaukie American Legion Post about establishing a fund for emergency aid, which specifically addressed the critical time frame between a veteran’s need for help and when services can become available through the Veterans Administration and other veterans’ organizations. The significant and positive impact the fund would have for veterans stuck in the ‘Gap’ became very apparent. The Corporal Diffie Veterans Fund exemplifies the Legion’s values and mission. One hundred percent of all donations to the fund and fundraiser profits go directly towards helping veterans who are waiting for veteran resources to become available or approved. The Gap can be a very discouraging time for veterans and their families, which can often lead to a feeling of defeat and hopelessness. It is also a time that can trigger depression and PTSD, which only amplifies the problem and feeling of hopelessness. The Corporal Diffie Veterans Fund will help restore and maintain hope for the veteran and their immediate family by providing the necessary assistance at the ‘front end’ of the problem, bridging the Gap until veteran resources at the Federal, State, or County level can respond with services and long-term solutions. This outreach to close the Gap in getting emergency aid for veterans is only possible through the community’s kind and generous donations."

"The American Legion Post 180 extends our deepest heartfelt gratitude to all who support this important endeavor.”

"I'm a 60-year-old U.S. Marine Corps Veteran who was honorably discharged in January 1983. During my time in the Marines, I was a CH-53 helicopter mechanic/crew-chief and have always been proud of my service to our country.

After my time in the Marines, I followed a career path in the Aerospace industry as an X-ray Inspector and have worked for a company in the Portland area in that field for many years.

Recently, on December 19, 2019 I lost my job which was very unexpected and just days before Christmas. This job loss hit me very hard and I began having feelings of worry, anxiety, fear, and low self-esteem, which led to severe depression and my contemplation of life as my thoughts and emotions became overwhelming.

Because of the persistence and follow-up contacts made by a Milwaukie Police Department Veteran Resource Officer and Milwaukie American Legion Veteran Service Officers, I was guided to admitting myself into the VA Hospital on January 6th.

As V.A. doctors worked to find the correct medicines that would help me control my emotions and thoughts, The Veteran Outreach Team remained in constant contact with me, either by phone or visits at the hospital. While in the hospital I learned that funds provided by the “Corporal Diffie Veterans Fund” were being approved to temporarily assist me with essential bills until I could receive Unemployment Benefits, be enrolled in veteran services with the V.A. or Clackamas County, and as I worked towards finding new employment to support myself again.

The Veteran Outreach Team was instrumental in helping me secure all the benefits I was qualified for through the V.A. and Clackamas County. Their assistance to secure those benefits, along with the help received through the Corporal Diffie Veterans Fund for essential bills to avoid becoming homeless or hungry, gave me the needed support to recover from my situation. Because of their help and aid provided by the fund, I am now finally able to move forward, focused on new employment opportunities without worries of becoming homeless."

"I will be forever grateful for the help the Corporal Diffie Veterans Fund provided me and the support I received through the Milwaukie Police Department and Milwaukie American Legion Veterans Outreach Team."

“Being a Marine and Gulf War Veteran, as well as a Milwaukie Police Officer, I have witnessed first-hand veterans in crisis and experiencing a desperate need for emergency assistance. The Cpl. Diffie Veterans Fund provides Milwaukie Police Officers and American Legion Veteran Service Officers a unique tool, allowing us to provide the necessary emergency aid to veterans in need while they wait for existing veteran services at the Federal, State, and County levels to approve and respond with resources and long-term solutions. Since its establishment, the assistance provided by the Cpl. Diffie Veterans Fund has prevented homelessness, hunger, and a veteran’s contemplation of suicide."

"The Corporal Diffie Veterans Fund has proven to be an  invaluable resource for our local veterans, and I am proud to be associated with it.”

ABOUT  SAMUEL AND  THE FUND:

Milwaukie resident – U.S. Marine Corps Combat Veteran Samuel Diffie, served two tours in Afghanistan as a rifleman (SAW Gunner) and came from a family history of military service dating back to the birth and formation of our great country, Samuel felt a deep desire to continue that selfless tradition of service by joining the U.S. Marine Corps in his early twenties. After completing his training, Samuel was deployed to Afghanistan (1st tour) with 3/2 (3rd Battalion – 2nd Marines). He would return home from that deployment finding himself driven by an inner sense of duty and desire to mentor fellow Marines not yet exposed to the trials of war. Samuel would request and be granted transfer to 3/8 (3rd Battalion - 8th Marines) and was soon thereafter deployed back to Afghanistan with his new 3/8 family. After completion of his honorable service overseas, Samuel moved to Oregon and settled down in the City of Milwaukie. Samuel explained his desire to live in the Northwest and his appreciation for its natural beauty stemmed from a previous fishing trip years prior. It was not uncommon for Samuel to be the first to point out the wondrous landscape and scenery that surrounds the area. As a Combat Veteran, Samuel would experience the troublesome GAP between the need for Veteran services and their inability to quickly respond with resources and solutions. It was during such a time in June of 2017, that Milwaukie Police Officers and Clackamas County Firefighters would meet Samuel. In their combined effort to help, basic needs were provided by police officers and firefighters to temporarily get Samuel by until Veteran resources could be obtained  and family could be notified and become involved. However, additional follow up with Samuel and the V.A., conducted by a Milwaukie Police Officer, revealed that resources he was eligible for could not react fast enough to resolve the medical and lodging issues he faced. Thankfully Samuel was blessed with a loving supportive family and a new found friend and advocate at the Milwaukie Police Department during the process. However, his situation is not unique amongst veterans seeking assistance and exposed the desperate need for local emergency funds to help future veterans in the community facing dire circumstances and who are stuck in the acknowledged “GAP”. This Gap is something Samuel himself hoped for future solutions to. Sadly, Samuel would unexpectedly pass in January of 2018 from natural causes connected to his medical concerns. U.S. Marine Cpl. Samuel Diffie was laid to rest in Arlington National Cemetery with full honors. In memory of Samuel’s expressed desire to close the GAP  for future service members before Veteran services become  available, and in response to the recognized unavoidable lead times required and routinely experienced by Veterans seeking assistance at the Federal, State, and County levels, the Milwaukie American Legion Post 180 partnered with the Milwaukie Police Department’s Veterans Resource Team to establish the “Cpl. Diffie Veterans Fund”. One-hundred percent of fundraising profits and donations received go directly towards helping local Veterans in need, by bridging the troublesome GAP until assistance and solutions can be procured through existing Federal, State, County, or other Veteran resources. The Milwaukie American Legion Post 180 and the Milwaukie Police Department sincerely thank you for any monetary donation made to the Cpl. Diffie Veterans Fund. It is only through your generous and kind donations that we are able to help our local heroes bridge the GAP until long-term solutions are secured.

*The Milwaukie American Legion Post 180/DBA - Corporal Diffie Veterans Fund is a federally chartered non-profit organization and all donations to the fund are tax deductible to the fullest extent of existing laws - Donation receipt provided via email.