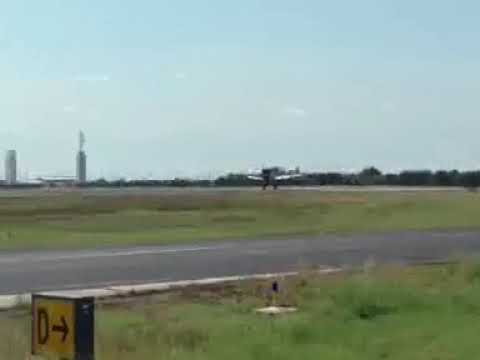 On July 4th, (weather permitting)  The Commemorative Air Force  WASP Squadron and DFW Wing will be honoring our country’s independence with a flyover in formation over the Dallas and Fort Worth metroplex.  Our effort is part of a nationwide event sponsored by the Commemorative Air Force. Current plan is for 5 aircraft consisting of a Navy R4D-6 (C47), 2 T6 Texans and a BT-15 Vultee. See the route on the map below. Planned Lancaster departure time is 12 noon with a total of one hour in flight returning to Lancaster at 1 pm.

Look out for the WASP Squadron and the AT-6 “Nella” in the United We Fly! 4th of July Flyover in the Dallas skies and the surrounding areas of the metroplex.

This very plane was in Sweetwater, TX for WASP training in 1943-1944, and we have verified her flights in 3 WASP cadet yearbooks. “Nella” gave courtesy rides to 7 WASP from 2016-2018, each of whom have signed inside her luggage compartment.

Support “Nella” in the 4th of July Flyover with funding for fuel and oil. Your generous support also pays for the continued maintenance service which is needed as part of the break-in period for her newly overhauled engine.

We want to remind our community of the importance of being united. United We Fly- 4th of July invites neighborhoods, cities, states, and the country to come together as a nation - United we become stronger.

Like many museums and nonprofit organizations, the COVID-19 pandemic has financially impacted the Commemorative Airforce.  Your financial support can help. Thank you!

United We Fly - 4th of July