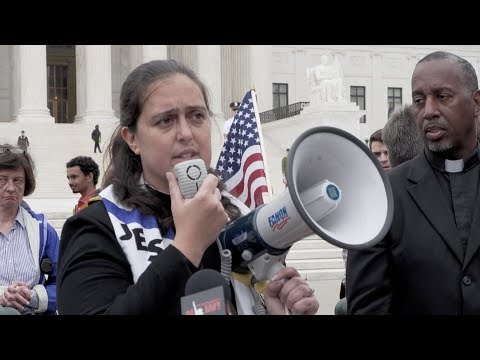 Raised by 19 people in 1 month

When  140 Million Americans are poor or living with low-wages, in the wealthiest country ever to exist, it's time for systemic change.

In 1968, Dr. MLK Jr. started the first Poor People's Campaign to spark a radical revolution of values across the nation. The vision of the Campaign was to build a mass movement beyond the scope of anything the country had seen, but in the days before the first mobilization King was assassinated.

The Poor People's Campaign: A National Call for Moral Revival is picking up where King left off 50 years ago. We are building a movement led by poor and impacted folks, building across all lines of division, in order to topple the pillars of racism, poverty, militarism, environmental destruction and this country's distorted moral narrative.

The next important stage of the campaign is approaching this summer as we organize The Mass Poor People’s Assembly and Moral March on Washington. This will be a generationally transformative gathering on June 20, 2020 at the US Capitol in Washington DC.

California's goal is  to send over 600 affected poor people to the capital to demonstrate the collective power of poor and low-wealth people. We demand that both major political parties address the interlocking injustices of systemic racism, poverty, ecological devastation, militarism and the distorted moral narrative of religious nationalism by implementing our Moral Agenda.

Please help us achieve this goal by making a donation.  Our fiscal sponsor is ETINA, a 501[c](3) non-profit charity. Donations are tax deductible to the extent allowed by law.  Thank you for making this movement with us!  If you can't donate money, you can still make a big impact by contacting the Poor People's Campaign in your area and joining the local organizing.

Go to poorpeoplescampaign.org to find out more.

Forward together, not one step back!

Raised by 19 people in 1 month