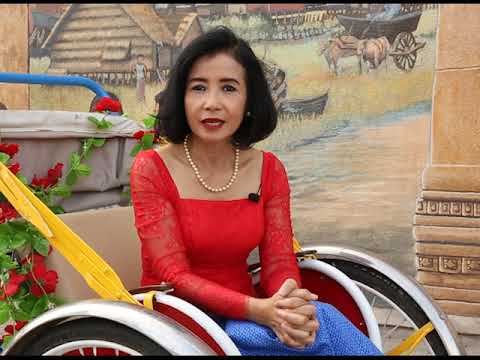 Have you ever attended the Cambodia Town Cambodian New Year Parade on Anaheim Street? I was part of the first Cambodian New Year parade in 2005 and participated in almost every parade since. I saw the unity, strength and resilience of the people working together to make that happen. I remember seeing adults and children along the parade route waving Cambodian and American flags with pride. Some of the adults were moved to tears by the Apsara dancers and pin peat music parading down the street.

The parade was also very meaningful for the people who got to participate in the parade. It's important that the next generation of Cambodian-Americans have the opportunity to understand and take pride in their cultural roots and participate in traditional activities such as dance, music and traditional arts.

You may be one of the many people asking why the parade went away and what you can do to help bring it back.

Cambodian community organizations have been holding Cambodian New Year celebrations in Long Beach on and off since 1992. From 2007 to 2016, the Cambodia Town Parade was run by The Cambodian Coordinating Council, which also organizes the El Dorado Park New Year Celebration. After 2016, it was too much for them to continue to organize both events with limited funding. So since 2017, Cambodia Town, Inc has organized a procession around the Cambodian New Year Cultural Festival at MacArthur Park instead of the parade down Anaheim Street.

A parade, even more than the Cambodia Town Cultural festival, also makes Cambodian culture accessible to everyone in the neighborhood, not just Cambodians. The purpose of the parade from the beginning was to showcase both the richness of Cambodian culture and the diversity of the Cambodia Town neighborhood. Other cultural groups, such as the Hmong, Cham, Chinese, Indian American, Samoan, Latino and African American groups have participated in the parade.

We at Cambodia Town, Inc. want to bring the pride back to the community by bringing the parade back to Anaheim Street, and we need your help. We manage to fund the Cambodia Town Culture festival through grants and sponsorships, but the parade went away because we didn't have the money to pay the City fees to close off the street and provide Police security.

If every Cambodian family and our friends donated just $10, we could bring the full parade back. $10 is the equivalent of what many people spend on coffee in a day, so if you skip 2 coffees this week or bring your lunch instead of eating out once, you can easily donate $10. If you can't  contribute,  please share this campaign with your friends who can. And if you can afford to donate more, we welcome your contribution.

In addition to direct tax-deductible donations of any amount, for which you will receive our gratitude, a mention on our website, and the satisfaction of bringing back the parade, you can help by buying an ad in the program or becoming a parade sponsor.  We're also offering some gifts for larger donations, but if you want 100% of your donation to go the parade, you can decline the gift.