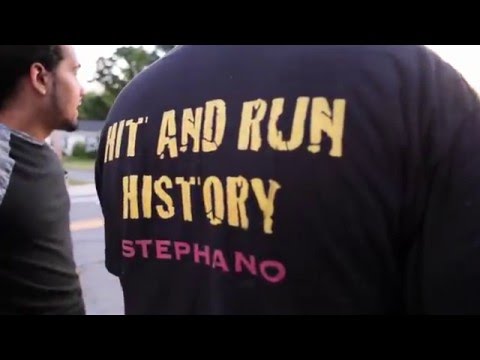 Book YOUR screening of Stephano

For $300, you can book a screening of Stephano!

Throughout 2020, Hit and Run History will be touring the US, Canada and Europe with over 20 events already scheduled. Would you like us to come to your town?

Just connect with us through here or via social media and we'll see if we can work out a date and time that fits our calendar. Slots are filling up!

With  a $300 donation, you can share this story, including producer and host Andrew Giles Buckley,  to your history group, family heritage society, local library, family reunion, or even parent's birthday.

As a production of the Cape Cod Community Media Center, a 501c3 nonprofit, Hit and Run History is helped by your contribution to continue to bring stories like Stephano to the public.

The one-and-a-half-hour film follows the story of the only Mayflower passenger who had been to North American previously. A decade earlier, Hopkins had been aboard a Jamestown-bound ship that wrecked on Bermuda, inspiring Shakespeare's final play, The Tempest.

Shot on location, the intrepid Hit and Run History crew retraces Hopkins’ life crisscrossing the emerging Atlantic world. England, Bermuda, Jamestown, Plymouth -- Hopkins’ came to know Native Americans in New World and Old. Pocahontas, Squanto and Massasoit -- experience that would serve him and the Separatists aboard the Mayflower in establishing their fledgling settlement in New England.

Two-time Emmy-nominated producer and host Andrew Giles Buckley, a Hopkins descendant, grew up hearing stories that New Plymouth’s iconoclast tavern keeper may have the model of The Tempest’s drunken and utinous Stephano. In their Gumshoe Historian style, Buckley and crew of Hit and Run History seek out the reality of a man who was everywhere at the founding of America.

Our screening schedule starts in February at the Pilgrim Hall Museum, Cape Cod Museum of Natural History, Folger Shakespeare Library in Washington, DC, and currently a two dozen other locations in Massachusetts. Stephano has been awarded 21 Local Cultural Council grants from communities across Massachusetts.


Posted by Hit and Run History