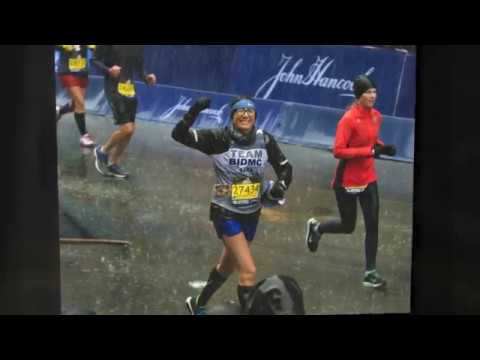 Raised by 35 people in 2 years

I am honored to be running the 2019 Boston Marathon with Team BIDMC (Beth Isreal Deaconess Medical Center) specifically for the Kidney Disease Research. This race means a lot to me since I was born in Boston at Brigham and Women's Hospital and my extended family lives in the area. Being able to run this race with Team BIDMC completes a personal goal, but more importantly, improve the lives of others who live with kidney disease.

Both of my grandparents benefited from BIDMC's amazing care. First my grandmother, Mary, underwent surgery and treatment for breast cancer in 1988 and is fortunate to be still in good health today at the age of 98.

My grandfather, Daniel, was also cared for by BIDMC. In 1996 he was found to have kidney cancer. What made this more complex is that he was found to have an unusual horseshoe kidney which no one in the family was aware of. My uncle, Frank, who is a vascular surgeon at BIDMC recommended that my grandfather travel from his Florida home to Boston to undergo surgery. Due to the expertise of the BIDMC professional health care team, he was able to rapidly recover from and be cured of cancer.

During the surgery, the physicians also found that my grandfather had a small abdominal aortic aneurysm, and five years after the surgery it was found that it had grown to a dangerous point. Again, my grandfather traveled back to BIDMC where the surgeons were able to repair the aneurysm with no complications and a fast recovery ensued for my grandfather. The expert treatment at BIDMC allowed my grandfather to live until the age of 92.

I have been a charity runner with the American Cancer Society since 2012 and have run many different marathons with them, but when I saw the opportunity to run with Team BIDMC who have helped my family so much I jumped at the opportunity since there would be no better team I would want to run with for my return to Boston.

Thank you for supporting my goal to fundraise for BIDMC in my grandparents honor!

Team BIDMC is running to support a variety of programs, including the Cancer Center, the Department of Obstetrics and Gynecology, the Klarman Family Neonatal Intensive Care Unit (NICU), the Annual Fund, kidney disease research, and Bowdoin Street Health Center's Healthy Champions Program. Several of our runners are also supporting our Needham, Milton, and Plymouth affiliates. Thank you for your support!

Martin R. Pollak, M.D., and his team have identified a reason for the high rate of kidney disease in people of African descent and are actively working to alleviate this epidemic. Dr. Pollak and his team found that two common genetic variations in a gene called APOL1 are responsible for African Americans' greatly increased susceptibility to kidney disease—variations that likely become common because they protect against African sleeping sickness.

Raised by 35 people in 2 years