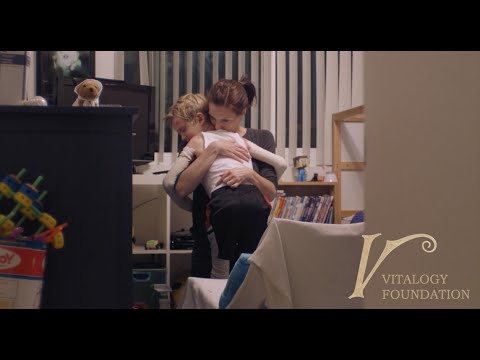 Click Here for Official Rules. No donation or purchase necessary to enter or win.

EB Research Partnership is the largest non-profit dedicated to funding research aimed at treating and curing Epidermolysis Bullosa, a group of devastating and life threatening genetic skin disorders that affect children from birth. Pearl Jam's Vitalogy Foundation supports the efforts of EBRP, and Jill and Eddie Vedder are active EBRP board members dedicated to help find a cure to this debilitating disease that affects an estimated 30,000 individuals in the U.S.

On May 5, 2016 in Quebec City something remarkable happened – Pearl Jam invited Noah Keeley up on stage to play one of his favorite songs – “Sad”. It was an unbelievable experience for Noah and something he will never forget.

“It was such a great honor. Pearl Jam’s music means so much to me and my family but so does what they do to make the world a better place. I want to be a part of that now more than ever.”

A few weeks before the Quebec show, Noah’s Mom, Sarah, met The Rippole Family at the Tampa show. They camped out in line together, talked about both the music and the causes PJ supports, played guitar, shared stories, and by the time the band went on stage, Tyler and Sammy felt a strong connection to Noah even though he was not there at the show.

Noah, Tyler, and Sammy are part of a next generation of Pearl Jam fans who not only love the music but are also inspired by all the good the band does in the world. They wanted to join the movement.  The boys chose to raise money for EB because the intensity of the condition and its impact on kids just like them deeply moves their hearts.  The boys teamed up in 2016 to raise money for the EB Research Partnership by raffling Pearl Jam tickets and other prizes, including the boys’ tambourine, autographed by Eddie Vedder. They travel to New York City every November to attend EBRP’s ‘Action for Jackson’, where they are honored to serve as EB ambassadors (and also enjoy playing guitar, catching football, and sharing stories in Central Park)!

Noah, Sammy, and Tyler are at it again! They’ve joined their heroes – Casey, Patterson, Sebastian, Mikey, Jackson, and all of the young men and women that are courageously battling EB every day. They hope to raise even more money to find a cure for EB once and for all. Noah, Tyler, and Sammy believe in miracles. Please support them and their friends and help find a cure.


Posted by Noah, Tyler, and Sammy