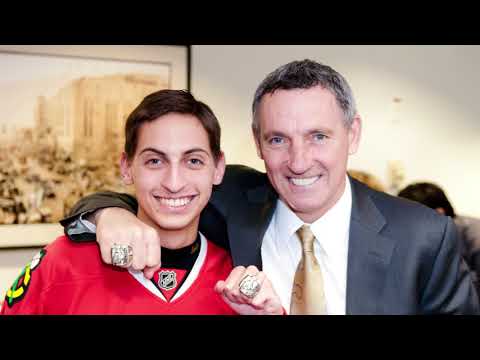 Raised by 18 people in 3 years

is a Pediatric Cancer Foundation is an organization founded in 1992 by Kathleen A. Casey. The foundation is named in memory of her eight-year-old son, Barrett “Bear” Krupa, who died after a courageous five and a half year battle with Wilms Tumor, a type of pediatric cancer. Prior to his death on January 9, 1993, Bear and his mother discussed and planned the formation of Bear Necessities. Bear expressed more concern for other pediatric cancer patients than he did for himself. He and his mother learned of the many hidden needs of both patient, family members, and the needs of the hospital facilities as well. Today, Bear Necessities operates two unique programs, Bear Hugs and Bear Discoveries. While the Foundation is funding cutting-edge research to end pediatric cancer, it’s also providing for the immediate needs of the children and families battling the disease.

is working with Bear Necessities through their course Production In Action. This class gives students the opportunity to work with non-profit organizations so they can have access to real world opportunities. The purpose is for them to gain the skills necessary to help businesses thrive within the new media landscape. After hearing Bear Necessities mission statement, Tribeca strongly believes that this organization is a meaningful cause worth fighting for.

Tribeca Flashpoint's goal with Bear Necessities is to raise enough money to provide Bear Hugs to families affected by pediatric cancer. A Bear Hug is a customized experience that brightens the life of a child going through cancer.

Every Bear Hug is different because every child is different. Last year, Bear Necessities raised 483 Bear Hugs which equates up to $241,500.

If you are unable to donate, we understand - you can still share our campaign with your friends and family.

Raised by 18 people in 3 years