Join Giant and the National Capital BBQ Battle in supporting USO of Metropolitan Washington-Baltimore by creating your own fundraising team. Just click "Join Campaign" above.

As we kick off summer (and BBQ season!) and get ready to celebrate Independence Day, please join us in making a statement of support for our military and their families who serve our nation and protect our freedom!

USO of Metropolitan Washington-Baltimore is a nonprofit 501c(3) organization dedicated to serving those who serve and their families in Washington, D.C., Maryland and Northern Virginia. Nine locations and a “deployable” Mobile USO provide services to the nearly 300,000 military members and their families living in the region and the 150,000 who travel through our local airports.

With the help of thousands of devoted volunteers, USO-Metro provides programs and services for active duty-troops and their families at area military hospitals, five USO centers, four USO airport lounges and a Mobile USO. Signature programs and services include holiday programs like Turkeys for Troops and Project USO Elf, career transition programs, and caring for our wounded, ill and injured troops and their caregivers.

You Can Feel Good About Your Donation:

-  USO-Metro is a responsible charitable organization, trusted by the community and relied on by our troops and their families since 1941.

-  USO-Metro earned the highest rating on Charity Navigator for outperforming most charities in its cause and Exceeding Industry Standards.

-  Approximately 90 cents out of every dollar donated goes directly to program expenses.

Your Support Matters at USO-Metro:

-  USO-Metro adapts to the needs of troops and their families to help them cope with challenges such as distance from traditional support systems, frequent moves or multiple deployments.

-  USO-Metro will put your donation to immediate use to give back to local troops and their families who sacrifice so much to defend us.

-  As a non-government-funded organization, it is only through the generous financial support of individuals and corporate partners that USO-Metro is able to fulfill its mission. 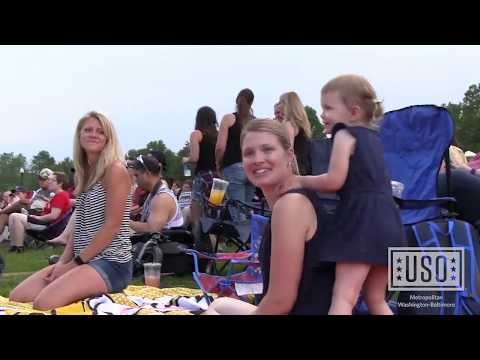