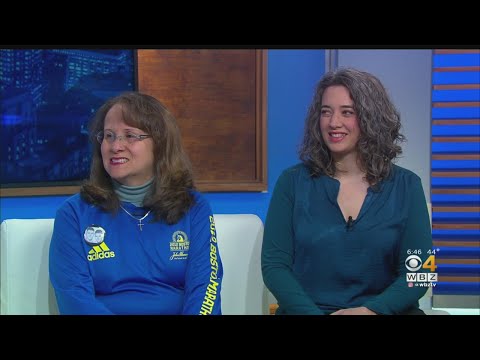 The A Team: Boston Marathon 2020 for the Arredondo Family Foundation

Raised by 27 people in 4 months

April 7, 2009. It was a bright sunny day, there was a slight chill in the air.  I was sitting in a driveway in Euclid, Ohio when the phone rang. It was my father, seeing as how it was only 3:00 in the afternoon, it was too early in the day for him to be calling.

He finally responded "Your brother shot himself this morning."

"Well, is he ok?" Seconds pass. Minutes. "Dad?" I ask again. Dreading the words he was about to utter. Deep down, I already knew the answer.

And just like that, my older brother, my hero, the person I strive most to be like. Someone who made the world better simply by being in it.  Someone who was fiercely loyal, and loving, and kind. Someone who I deeply admired, erased himself from the book of life.

It was three days before my thirtieth birthday when my older brother Scott took his own life after battling with the demons that followed him home subsequent to his time in the service.  A proud Veteran, he served 13 years in the United States Navy, several of them as a Navy Seal.

Scott loved Dr. Seuss, the Florida Gators, and his favorite color was purple.  He loved animals, Crown Royal, and St. Patrick's Day.  He hated Mike May and Lee Corso. He had a foul mouth and a hot temper. He had a severe disdain for horrible drivers. He loved working out, wrestling, and cappuccino. He was my favorite person and although I do not think he ever read Harry Potter, I'm fairly certain he would have been a Gryffindor (although he would have despised their color scheme).

And while Scott was successful with this attempt, he had a prior attempt in which he failed.  Thanksgiving weekend 2000, our beloved Gators had just gotten waxed by the Florida State Seminoles earlier in the day when the phone rang.  My dad answered the phone.  It was the police.  Scott had been Baker Acted because he attempted to take his life in the parking lot of his church only to have the gun jam. A police officer arrived on site shortly after and took Scott to an inpatient facility.  I guess I should be thankful that I was given another 8 1/2 years with my brother but the reality is I am heartbroken. The limited resources which were available to him were obviously inadequate.

Scott's story is not unique. Everyday, 20, yes, 20, Veterans and one active service member succumb to the demons brought on by PTSD. More often than not, when our service members return home they find that the resources they need are unavailable or do not exist.   And if resources are located, they are usually lacking and often arrive too late. These brave men and women, who put their lives on the line for us, need our help and we are failing them.  We all have the ability and the obligation to ensure that no one ever stands alone on the battlefield while facing the demons of PTSD.

This is where you come in. By donating to The Arredondo Family Foundation, you are helping our Veterans and their families by:

1. Providing referrals to partner agencies for after-care support when a loved one has died by military suicide
2. Providing scholarships to military kids & siblings for college and elementary education [A total of seven scholarships are provided annually.]
3. Providing Question, Persuade, Refer (QPR) suicide prevention training to community, military families, first responder and public so that individuals are aware of how each can save a life  [Since beginning this program in 2016, AFF trainers have provided QPR to almost 1000 people in communities around Massachusetts.  Currently, AFF has requests to provide QPR training until November of 2019.]
4. Providing a turkey giveaway at Thanksgiving for low income military veterans and families [Thanksgiving 2019 will be the 5th year!]
5. Supporting local community efforts in and around the Boston area.

In 2017, I set a goal for myself.  I wanted to run the six major marathons, to collect the 6 stars as it were.  Boston would be star six. Boston was Scott's favorite city. It is because of Scott that I started this journey.  I wanted to do something to honor him, something that would make him as proud of me as I am of him. His memory keeps me going.

In 2004, Lcpl. Alexander Scott Arredondo was killed in the war in Iraq.  Brian , Alex's younger brother never came to terms with his grief. H died by suicide at the end of 2011.  Both young men are Carlos Arredondo's sons and Mélida Arredondo's stepsons.

As a family who lost two son's related to war in Iraq in, we learned that having a mission to help others would help us manage the grief and trauma our family has gone through. We also realized that many others are impacted as we have been.  This is why Carlos, everyone at the Foundation and Mélida do this important work.

Everyone is fighting their own personal war, although too often, its not the battles we see, but the ones invisible to us which cause the most harm. The individual war against PTSD is still ongoing, being fought every day by those who took an oath to protect us.  Now, it is our time to take up the mantle and fight for them.

Your $100.00 donation helps us continue with this important work as well as Heather Diamond's fundraising efforts.

In the immortal words of Virgil "No day shall erase you from the memory of time".

Raised by 27 people in 4 months