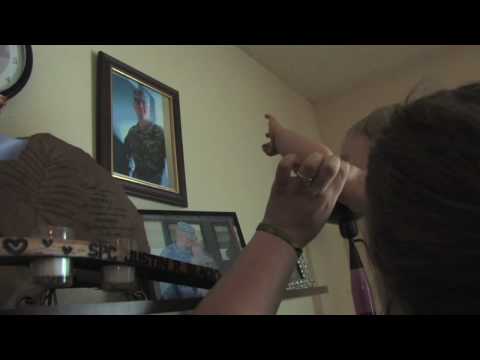 Raised by 39 people in 2 months

I want to thank you all for visiting this page and showing your support for the American Widow Project this Memorial Day weekend. In honor and memory to those who have lost their lives during or after active during, I will attempt to break the world record for the Murph Challenge this coming Memorial Day weekend. The Murph Challenge was named after Lt. Michael Murphy, a Navy Seal who sacrificed his life in Afghanistan in 2005. In short, Lt Murphy during an ambush, left cover to gain reception and make a call for help. He was shot 14 times but still made the call that ultimately saved the remainder of his unit.

The Murph challenge became an official workout in August of 2005, just 2 months after Lt Murphy passed. The official world record time of 34:13 was set last year by Hunter McIntyre. The workout itself consists of completing a 1 mile run followed by 100 pull-ups, 200 push ups, and 300 air squats, ending with another 1 mile run, all while wearing a 20 lb vest. Lt. Michael Murphy, who created the workout, called it “Body Armor” because of added challenge of wearing a 20 lb military vest.

Leading up to what will be a live streamed event, you will have the opportunity to donate to an organization that felt close to my heart, the American Widow Project. Understand that all of the proceeds we raise will go towards the widows of those who have passed during active duty or as a result of mental illness once they returned home. To fully understand what the widows have experienced, I encourage you to read their stories at the American Widow Project website I have listed below. There you will learn what the widows have experienced and still cope with after the passing of their loved ones. Proceeds to this wonderful organization offers vital support to military widows with programs that unify, educate, empower, and assist in rebuilding their lives in the face of tragedy.

I’ve reached out to the creator of the American Widow Project, Taryn Davis, who is extremely grateful for any donations to the organization. Taryn lost her husband, Cpl Michael Davis, in 2007 when he was killed by multiple roadside bombs just an hour and a half after they last spoke. Taryn began traveling around the country to hear other women’s stories of love, tragedy and most importantly, their path to survival. In hearing their accounts, she hoped to learn and embrace the title that had been given to her that of a military widow has built after losing her husband.

First and foremost, I share Taryn’s gratitude for any donation offering support to this amazing organization. As a bonus, the donor closest to guessing my finish time with receive a $100 Amazon gift card! There is a $10  minimum donation required  to be eligible to win. In order to enter, please leave a comment with your final guess  time  and donation.

For all that know me won’t have to guess that I am I’m busting my damn tail to get as close as I can to defeating that 34:13 record! Even if I fall short of the WORLD RECORD, let’s have a good time raising money and awareness to this great cause!
If any of you have questions please feel free to reach out to me or email Taryn Davis via http://americanwidowproject.org

Raised by 39 people in 2 months