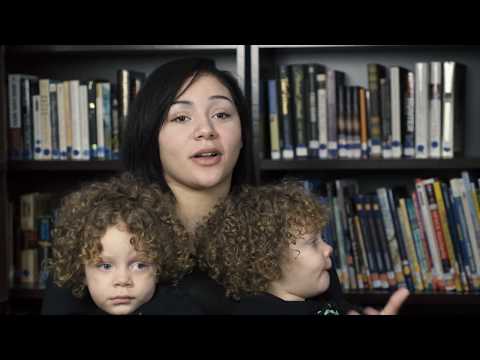 Thanks to you, homeless and high-risk girls and young women in Detroit have somewhere to turn.

One example of an individual our donors have helped over the last year is a woman named Michelle.*  Michelle’s story began many years ago when she was going to college, working as a teacher’s assistant, and had recently given birth to a son.  When her son was six months old, he was tragically killed.  Devastated and alone, Michelle began using drugs to cope with her gut-wrenching loss.  Michelle became involved in sex work to support her drug use.  Later, she was taken advantage of by a family member and became a victim of human trafficking.  She was only 22 years old.  Every day for years, Michelle did all she could to survive.  Then, one night, Michelle connected with Alternatives For Girls’ street outreach van, and learned about the services available to her.  Michelle eventually decided to join AFG’s program.  She began participating in workshops about self-esteem, loss and grieving, domestic violence, and much more.  She also received counseling and began to set goals for her future.  Now, Michelle is celebrating one year sober.  She has a steady job, and she recently moved into her own apartment, for the first time in years.

She says AFG saved her life.

Without support from you, and many other individuals, these lifesaving services would not be available.

Within just 48 hours on the street, 1 in 3 homeless young women will be approached for sexual exploitation.  Your donations provide a vital lifeline for girls and young women when they are most vulnerable.

Founded in 1987, Alternatives For Girls is a 501c3 nonprofit organization, located in southwest Detroit.  In December, AFG was named the Crain's Detroit 2017 Best-Managed non-profit.  We serve homeless and high-risk girls and young women through shelter, after-school programming, and street outreach.  Our goal is to help girls avoid exploitation, stay in school, graduate, go on to college, and build stable and successful futures.  Thanks to you, hundreds of girls achieve these goals every year.

*Name has been changed to protect her confidentiality.


Posted by Alternatives for Girls